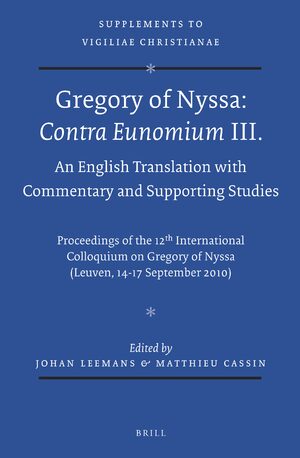 In: Gregory of Nyssa: Contra Eunomium III. An English Translation with Commentary and Supporting Studies

The theory of universal restoration (apokatastasis), the eventual eviction of evil and the purification, conversion and salvation of all rational creatures, was prominent in early Christian thinkers and present in more Patristic theologians than is commonly assumed. But, besides having philosophical, Biblical, and Jewish roots, may it have stemmed from another religion? The only suitable candidate would be Zoroastrianism. An analysis of the available sources concerning Zoroastrian eschatology shows that it is improbable that this may have influenced the Christian apokatastasis doctrine. At least, it is impossible to prove anything like this, mainly for chronological reasons. Fruitful interactions may, however, have occurred at the time of Bardaisan. This essays shows the importance of comparative religio-historical studies, and the reconceptualizing of theological doctrines into social discourse, for research into early Christianity.