Clear All Modify Search
Download Citations
Brill’s Companion to the Reception of Herodotus in Antiquity and Beyond
Series: Brill's Companions to Classical Reception, Volume: 6
Editors: Jessica Priestley and Vasiliki Zali
Brill's Companion to the Reception of Herodotus in Antiquity and Beyond offers new insights on the reception and cultural transmission of one of the most controversial and influential texts to have survived from Classical Antiquity. Herodotus’ Histories has been adopted, adapted, imitated, contested, admired and criticized across diverse genres, historical periods, and geographical boundaries. This companion, edited by Jessica Priestley and Vasiliki Zali, examines the reception of Herodotus in a range of cultural contexts, from the fifth century BC to the twentieth century AD. The essays consider key topics such as Herodotus' place in the Western historiographical tradition, translation of and scholarly engagement with the Histories, and the use of the Histories as a model for describing and interpreting cultural and geographical material.
E-Book (PDF) 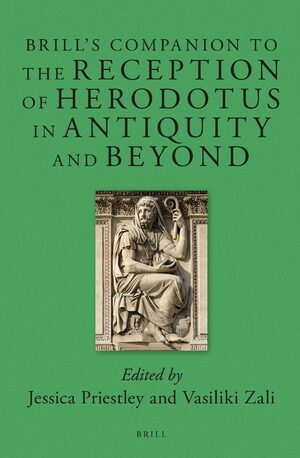