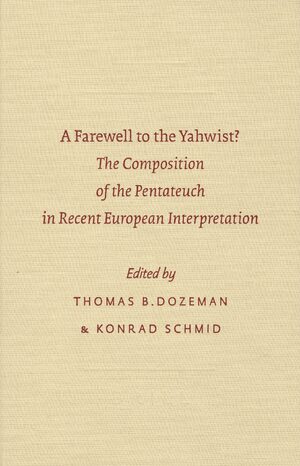 A Farewell to the Yahwist?
The Composition of the Pentateuch in Recent European Interpretation
Series: SBL - Symposium, Volume: 34
Editors: Thomas Dozeman and Konrad Schmid
Since the “assured results” of scholarship are rarely certain, it should come as no surprise that the classical formulation of the Documentary Hypothesis has yet again been called into question. However, many North American scholars are unfamiliar with the work of a new generation of European scholars who are advancing an alternate view of the compositional history of the Pentateuch. A growing consensus in Europe argues that the larger blocks of pentateuchal tradition, especially the stories of the patriarchs and Moses, were not redactionally linked before the Priestly Code, as the J hypothesis suggests, but existed side by side as two independent, rival myths of Israel’s origins. This volume makes available both the most recent European scholarship on the Pentateuch and its critical discussion, providing a helpful resource and fostering further dialogue between North American and European interpreters. The contributors are Erhard Blum, David M. Carr, Thomas B. Dozeman, Jan Christian Gertz, Christoph Levin, Albert de Pury, Thomas Christian Römer, Konrad Schmid, and John Van Seters 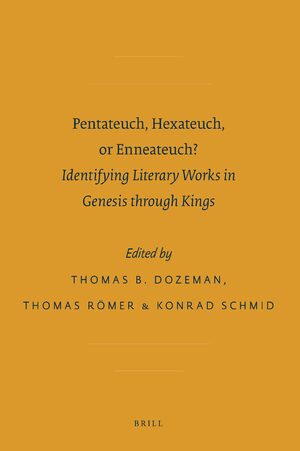 Pentateuch, Hexateuch, or Enneateuch?
Identifying Literary Works in Genesis through Kings
Series: SBL - Ancient Israel and Its Literature, Volume: 8
Editors: Thomas Dozeman, Thomas Römer and Konrad Schmid
The identification of literary works in the Pentateuch and the Former Prophets is a hallmark of the modern historical-critical interpretation of the Hebrew Bible. The theories of a Tetrateuch, a Hexateuch, or a Deuteronomistic History have played a central role in recovering the literary history of the Pentateuch and the Former Prophets. The breakdown of these methodologies in recent research has forced scholars to reevaluate the criteria for identifying literary works in the formation of the Hebrew Bible. The present volume explores anew, without presupposition or exclusion, the criteria by which interpreters identify literary works in these books as a resource for recovering the composition history of the literature. It also brings North American and European approaches to the topic into a common discussion. The contributors are Christoph Berner, Erhard Blum, Suzanne Boorer, David M. Carr, Thomas B. Dozeman, Cynthia Edenburg, Michael Konkel, Christoph Levin, Thomas Römer, Konrad Schmid, and Felipe Blanco Wißmann.
Hardback