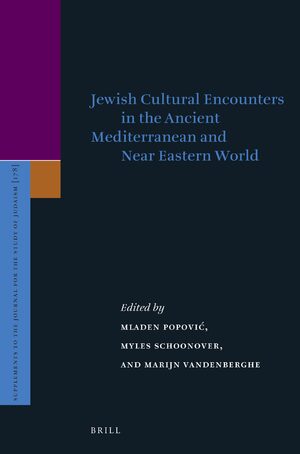 Jewish Cultural Encounters in the Ancient Mediterranean and Near Eastern World
Series: Supplements to the Journal for the Study of Judaism, Volume: 178
Editors: Mladen Popović, Myles Schoonover and Marijn Vandenberghe
The essays in this volume originate from the Third Qumran Institute Symposium held at the University of Groningen, December 2013. Taking the flexible concept of “cultural encounter” as a starting point, the essays in this volume bring together a panoply of approaches to the study of various cultural interactions between the people of ancient Israel, Judea, and Palestine and people from other parts of the ancient Mediterranean and Near Eastern world.