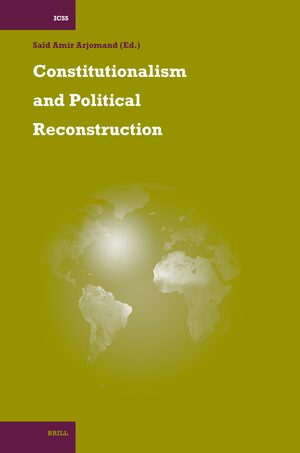 Constitutionalism and Political Reconstruction
Series: International Comparative Social Studies, Volume: 14
Author: Saïd Amir Arjomand
The themes of nation-building, post-colonial modernization and constitution-making, post-communist return to the rule of law and constitutional reconstruction, the global expansion of judicial power and judicial activism by the constitutional courts are usually studied by different specialists with somewhat narrow foci. This book is a unique and ambitious interdisciplinary attempt at the integration of these related fields, and offers a timely theoretical synthesis of the most important global constitutional trends in the last half-century. These essays by prominent authorities on different subjects and geographical areas offer a comprehensive, comparative view of the most important constitutional developments of two eras, bringing together the transplantation of the constitutional pattern of the nation-state and the current wave of globalization of constitutionalism and the rule of law. Contributors are: S.A.Arjomand, Nathan J. Brown, Ruth Gavison, Julian Go, Keyvan Tabari, Heinz Klug, Jill Cottrell, Yash Ghai, László Sólyom, Jacek Kurczewski, Anders Fogelklou, Grażyna Skąpska, Dieter Grimm, Kim Lane Scheppele, Ruth Rubio Marín , and Dicle Kogacioğlu.
E-Book 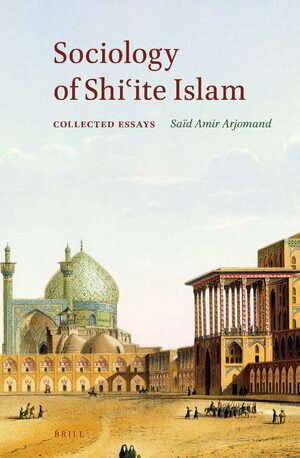 In: The SHAFR Guide Online
The Clerical Estate and the Emergence of a ShiIte Hierocracy in Safavid Iran
Author: Said Amir Arjomand

Transformation of the Islamicate Civilization: a Turning-point in The Thirteenth Century?
Author: Said Amir Arjomand

The Salience of Political Ethic in the Spread of Persianate Islam
Author: Saïd Amir Arjomand

Persianate Islam developed in close connection with the rise of independent monarchies and state formation in Iran from the last decades of the ninth century onward. Political ethic and norms of statecraft developed under the Sāmānids and Ghaznavids, and constituted a major component of Persianate Islam from the very beginning. When Islam spread to India under the Delhi Sultanate in the thirteenth century and to the Sultanates in Malaysia and Indonesia after the fifteenth, Persianate political ethic was one of its two salient components, Sufism being the other. The immigrating Persian bureaucratic class engaged in state formation for Indian rulers became the carriers of this political ethic, importing it in its entirety and together with symbols and institutions of royalty and justice. With the continued eastward expansion of Islam, Persianate political ethic and royal institutions spread beyond India into the sprawling Malay world.

Evolution of the Persianate Polity and its Transmission to India
Author: Saïd Amir Arjomand

The critical importance of the Samanid dynasty for the emergence of New Persian as a language destined to serve as the lingua franca of the Persianate world has long been recognized. Not so of the distinctive Persianate polity that first emerged under the Samanids in Central Asia in the tenth/fourth century and was later transplanted throughout the Persianate civilizational zone. As this paper was written as an address to the 4th ASPS convention in Lahore, it stresses the significance of that historic city in the transmission of the Persianate polity as a model of political and military organization and its political culture to India with the expansion of Muslim power and the establishment of the Delhi Sultanate in the early thirteenth/seventh century.

The modern Persian term for “revolution,” enqelāb, often used in conjunction with dawlat as the divinely ordained turn in power, stretches way back to the medieval period, and was in fact even used shortly before the revival of literary Persian to describe the Khorasanian uprising against the Umayyads. We find two very different ideas of revolution in the Persianate literature. The first is a deterministic theory of revolution in earthly kingdoms as a natural phenomenon; this has received little or no attention in the secondary literature on the subject. The idea had Indian origins, was developed in the late Sasanian Iran and absorbed in the astronomical theories of the early ʿAbbasid period. The second conception is a normative one, and belongs to the literature on statecraft and political ethics. It explains revolution as a consequence of the moral decay of the ruler and his failure to uphold the principles of statecraft. According to this second theory, revolutionary upheaval and changes of dynasty result from the failure of the rulers to maintain the prosperity of the kingdom through justice. This conception, too, can be traced to the Khorasan uprising. The mutual articulation and reconciliation of the deterministic and the normative conceptions of revolution represents the Persianate understanding of human agency within the framework of cosmic laws.