Clear All Modify Search
Download Citations
“We Are Not a Docile People”: Chinese Resistance and Exclusion in the Re-Imagining of Whiteness in South Africa, 1903–1910
Author: Tu T. Huynh

This article offers a corrective to the way in which the history of reconstruction and the construction of whiteness in the early decade of the 1900s in South Africa has been understood. In the aftermath of the Anglo-Boer War in 1902, South Africa on the whole and, in particular, the Transvaal Colony not only experienced economic instability, but also a crisis in the black-white racial hierarchy. This article shows that even though the presence of indentured laborers from North China was a threat to the livelihood of English workingmen and Afrikaner farmers, their presence helped to strengthen a racial division of labor and regime that privileged white men. The restrictions attached to the recruitment of indentured Chinese labor to work in the gold mining industry in the Transvaal clearly defined who would be regarded as the cheap and unskilled laborers. Additionally, the means of control resorted to by the industry and colonial government in response to their disturbances and riots, desertions, breaking into white peoples’ homes, and murdering of Afrikaner farmers treated non-white peoples as pariah, subject to control and exclusion. The sense of control and authority resorted to by the Dutch- and English-speaking peoples against this backdrop engendered a kind of racial coalescence among Afrikaners and English as whites. 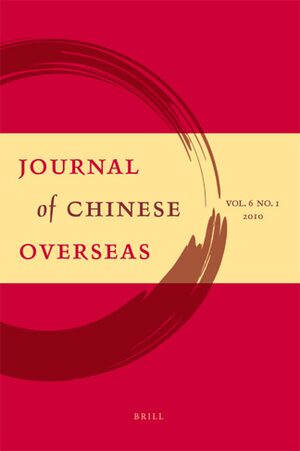 Despite international protests against bonded labor, the flow of indentured laborers during the 19th and early decades of the 20th centuries was extensive compared to the earlier centuries. The focus of this article is on the particularity of the “Chinese coolies experiment” in South Africa's gold mining industry which commenced in 1904. This 20th-century episode of indentured labor is notable for several reasons, and it serves as a springboard for the discussion of some fundamental issues in capitalist development, labor and identity formation. This article emphasizes the last, examining how a “Chinese” identity was formed through the development of the gold fields and, in turn, how this formation reinforced a nascent white labor aristocracy. It discusses two dimensions of this labor “experiment” in South Africa: (1) the heady debate on the decision to look to China for cheap labor and (2) desertion by the indentured Chinese laborers from various mining compounds in the Witwatersrand.