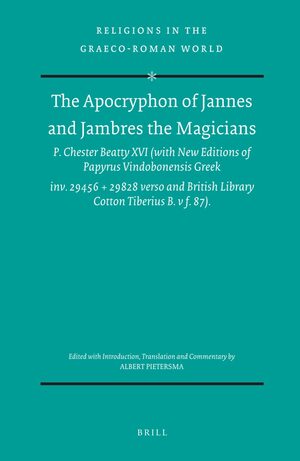 The Apocryphon of Jannes and Jambres the Magicians
P. Chester Beatty XVI (with New Editions of Papyrus Vindobonensis Greek inv. 29456 + 29828 verso and British Library Cotton Tiberius B. v f. 87). Edited with Introduction, Translation and Commentary. With Full Facsimile of All Three Texts
Series: Religions in the Graeco-Roman World, Volume: 119
Author: Albert Pietersma
The focus of this volume is the editio princeps of Papyrus Chester Beatty XVI: The Apocryphon of Jannes and Jambres, composed in Greek, perhaps as early as the first century C.E. A full commentary accompanies the edited text.
An introductory section discusses the numerous references to the two magicians, who appear in Jewish, Christian and Pagan literatures as Moses' crafty opponents at the time of Israel's exodus from Egypt. Their exploits are recounted in over half a dozen languages, from the Syriac east to the Latin west and from Egypt's deserts to King Alfred's court.
The Apocryphon is placed in its Graeco-Roman context, but is also discussed as a backdrop for the Faust saga of European literature. A basic book for anyone interested in biblical and related literatures.
E-Book (PDF)

Septuagint Research: a Plea for a Return To Basic Issues1
Author: Albert Pietersma

Greek Jeremiah and the Land of Azazel
Author: Albert Pietersma 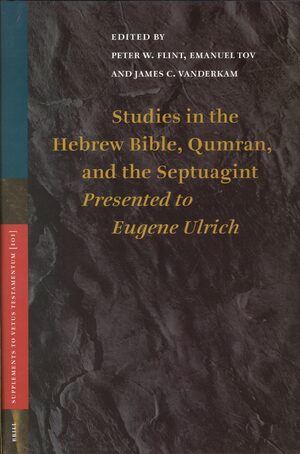 In: Studies in the Hebrew Bible, Qumran, and the Septuagint

Septuagintal Exegesis and the Superscriptions of the Greek Psalter
Author: Albert Pietersma 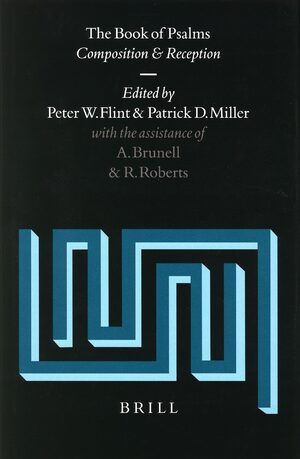 In: The Book of Psalms

In: The Apocryphon of Jannes and Jambres the Magicians