In 2014, for the first time in the history of the Union, Member States had to take into account the European elections’ results in the nomination of the President of the European Commission. The procedure limited the European Council’s leverage in negotiating the nomination of the future head of the Commission and created new opportunities for unification and personalization of the European electoral race. Several months prior to the elections, the European party families pointed to potential leaders of the Commission. The nominees for this non-elective position announced however they would be running for the office and would conduct electoral campaigns in all the European democracies. The party-driven strategy challenged the canonical views on the European Commission’s technocratic profile, but at the same time, had the potential to foster meaningful mechanisms of representation. However, in 2019, once the elections were over, most mainstream Europarties, with the assistance of some prominent members of the Council, rapidly abandoned the system altogether. The chapter analyzes the recent failure of the lead-candidate procedure and identifies the Europarties’ process of party adaptation (shaped through party regulations) as a potential cause for such U-turn in the EU politics. The argument comprises two parts. The first part focuses on the 2019 ep elections from the perspective of the Spitzenkandidaten selection process as an intra-party experience. It shows that, despite the fact that the main European party families rapidly embraced highly proceduralized mechanisms of recruitment, candidate selection for the ec’s Presidency had relied on exclusiveness and centralization, favoring pre-existing elite networks at supranational level. The second part aims at deconstructing the Europarties’ organizational features and patterns of party finance, highlighting the accelerated path to bureaucratization and supranational decoupling from national-level politics. 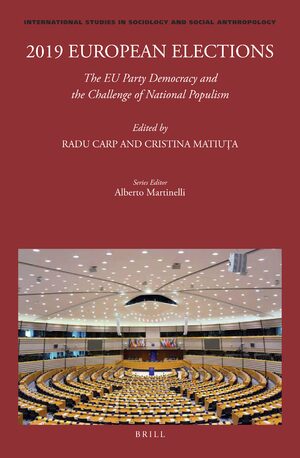