One of the claims that was voiced in the debate over Edward Said’s book Orientalism was that the author ignored German Orientalist research. This essay does not discuss this claim itself, but rather uses this debate as a starting point for investigating different aspects of Israeli consciousness. Indeed, German Orientalism was not directly connected to colonialist activity, but it encompassed the discourse regarding the relation between Germany and Judaism and “the Jewish Question.” The question was whether Jews were Oriental and therefore foreign to European culture, or rather a religious group that could be integrated into that culture. The modern national definition of the Jewish collective was based on adopting this worldview and on accepting the Orientalist paradigm. The tendency was to define the Jews as a European nation, emphasizing the difference between the new entity and the Orient. This tendency was manifested both in the attitude towards Arabs and towards the history of “the land” [Palestine/“Land of Israel”], and in the attitude to Oriental Jews [Mizraḥim]. Nonetheless, other directions for the definition of Jewish thought and identity can also be found in the Orientalist literature.

The Censor as a Mediator: Printing, Censorship and the Shaping of Hebrew Literature
Author: Amnon Raz-Krakotzkin 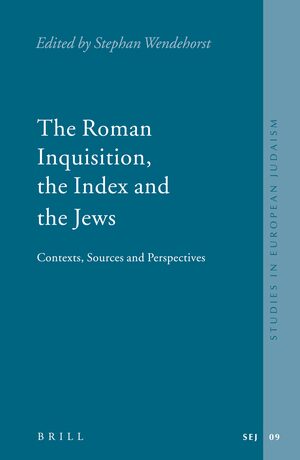 In: The Roman Inquisition, the Index and the Jews