Clear All Modify Search
Download Citations
Ghost Movies, the Makers, and their Audiences: Andrea Lauser in Conversation with the Filmmakers Katarzyna Ancuta and Solarsin Ngoenwichit from Thailand and Mattie Do from Laos
Author: Andrea Lauser 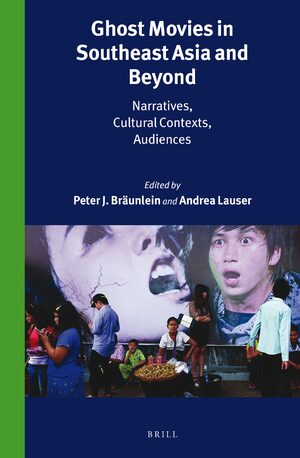 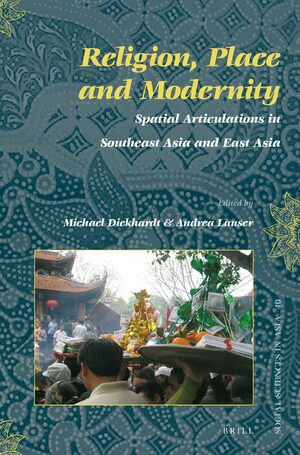 Religion, Place and Modernity
Spatial Articulations in Southeast Asia and East Asia
Series: Social Sciences in Asia, Volume: 40
Editors: Michael Dickhardt and Andrea Lauser
Using the potential of place as an approach and of places as ethnographic contexts, the authors in this volume investigate the multiple entanglements of ‘religion’ and ‘modernity’ in contemporary settings. The guiding questions of such an approach are: How are modernity and religion spatially articulated in and through places? How do these articulations help us to understand the ways in which religion becomes socially and culturally significant in modern contexts? And how do they reveal the ways in which modernity unfolds within religion? Thus, places are not only understood as neutral locations or extensions, but as spatial modes to mediate properties, contents and processes of religion and modernity. Based on ethnographic and historical research in Southeast and East Asia and featuring reflections on the concepts of religion and modernity respectively, the authors offer a deeper understanding of the articulation of a religious modernity in these regions and beyond. Contributors are: Nikolas BROY¸ CHAN Yuk Wah, Michael DICKHARDT, Volker GOTTOWIK, Patrice LADWIG, Andrea LAUSER, Jovan MAUD, YEOH Seng-Guan, Clemens SIX, Paul SORRENTINO, Alexander SOUCY, Sing SUWANNAKIJ.
E-Book

In the middle of the Asian crisis of the late 1990s, ghost movies became major box office hits. The emergence of the phenomenally popular “J-Horror” genre inspired similar ghost movie productions in Korea, Thailand, Taiwan, Hong Kong, the Philippines and Singapore. Ghost movies are embedded and reflected in national as well as transnational cultures and politics, in narrative traditions, in the social worlds of the audience, and in the perceptual experience of each individual. They reflect upon the identity crises and traumas of the living as well as of the dead, and they unfold affection and attraction in the border zone between amusement and thrill, secular and religious worldviews. This makes the genre interesting not only for sociologists, anthropologists, media and film scholars, but also for scholars of religion.