This article examines the initially cooperative but increasingly tense relationship between the International Criminal Court (ICC) and Africa. It assesses the various legal and political reasons for the mounting criticisms of the ICC by African governments, especially within the African Union (AU), following the indictment of incumbent Sudanese President Omar Hassan Al Bashir. The author situates the ICC within broader African efforts to establish more peaceful societies through the continent-wide AU. He submits that the ICC, by prosecuting architects of serious international crimes in Africa's numerous conflicts, could contribute significantly to the continent's fledgling peace and security architecture which aims to prevent, manage and resolve conflicts and to anticipate and avert crimes against humanity. On the other hand, the author suggests that the ICC also has much to gain from Africa, especially in these early years when it is seeking to become a functional court of law with global legitimacy. By undertaking independent, fair and credible prosecutions without alienating States Parties, the world criminal court is more likely to fulfill its mandate and to win over powerful hold outs, such as the United States, China, and India. This will help it co-opt the support necessary for its universal reach and future success. However, he cautions that given Africa's sensitive historical experience with foreign interventions, including the slave trade and colonialism, the international criminal justice regime anchored on the ICC may be undermined, or perhaps even falter, if it is perceived as having a biased, politicized or insensitive application to a single region of the world.

Reflections on the Indictment of Sitting Heads of State and Government and Its Consequences for Peace and Stability and Reconciliation in Africa
Author: Charles Chernor Jalloh

In these remarks, the author considers the most recent challenge to the application of international criminal justice in Africa: Kenya’s controversial November 2013 proposal to amend the Rome Statute of the International Criminal Court to temporarily exempt from prosecution sitting presidents accused of involvement with international crimes. He examines several legal and practical reasons why such a proposal is untenable. Instead, citing the principle of complementarity and urging the principled use of judicial and prosecutorial discretion, he contends that much of the African Union’s current concerns about the Kenya Situation can be addressed within the confines of existing Rome Law. This is important because, even if it is possible for African countries to secure amendments to the Rules of Procedure and Evidence, African States Parties are unlikely able to secure the global consensus required to effect substantive amendments to the 1998 treaty. On the other hand, the author suggests that the International Criminal Court officials, especially the judges and the chief prosecutor, can help bridge the apparent gap between the Court and its African supporters. Towards that end, they should consider taking a more flexible and more nuanced approach to their interpretations and application of several important provisions contained in their founding statute. Eschewing a one-size fits all approach, it is submitted that each African situation is unique – both in the scope of the problem, and in the solution required in the necessary fight against impunity in Africa. 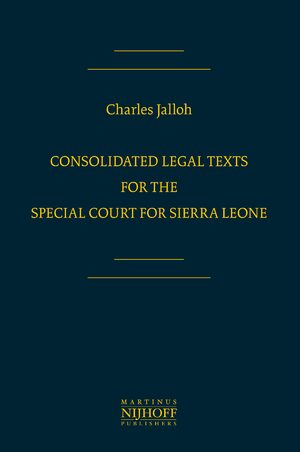