This paper had its origins in a study of Benvenuto Stracca's De mercatura. The purpose of the study was to determine whether there was anything in that work that supported the notion that there was a system of customary mercantile law in operation in Italy in Stracca's time. The answer to that question proved to be a rather resounding 'no', and the arguments that lead to that conclusion will be published elsewhere. In the process of examining Stracca's sources, much information appeared about how the jurists of the fourteenth, fifteenth and early sixteenth centuries did deal with mercantile matters and, in particular, the way in which they manipulated the concept of equity to achieve what they deemed to be just results in such cases. Limitations of space allowed consideration of only a couple of procedural examples intheprevious paper. The story, it seemed to me, deserved consideration in its own right. What follows, then, is a fuller consideration of the use of equity by the commentators in their handling of mercantile cases, beginning, as the previous paper did, with Stracca's general remarks on the topic.

The Legal Professions of Fourteenth-Century England: Serjeants of the Common Bench and Advocates of the Court of Arches
Author: Charles Donahue 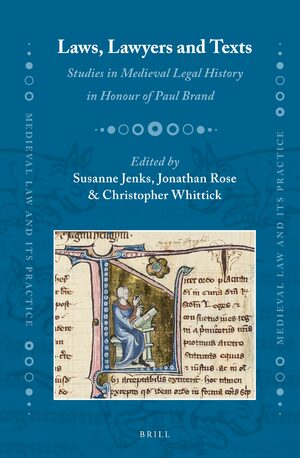 In: Laws, Lawyers and Texts 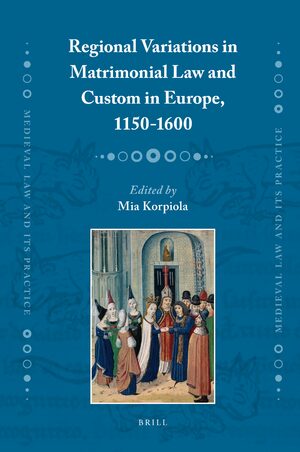 In: Regional Variations in Matrimonial Law and Custom in Europe, 1150-1600