This paper offers a critical reflection on the appropriateness of ‘settler colonialism’ as an analytic category for understanding the political dynamics of early America. It argues that the paradigm’s focus on the elimination of the native obscures the resilience of Indian power, and the mechanisms by which that power was exercised and defended. The paper positions settler colonialism in recent treatments of the history of colonial political thought, and then presents diplomacy as a site of both sovereign formation and negotiation that enhanced the power of colonies as much as it preserved the power of Indian confederations. The final section of the paper suggests that the ‘interior’ sovereignty of Native Americans continued to shape the powers of the new republican order of states. 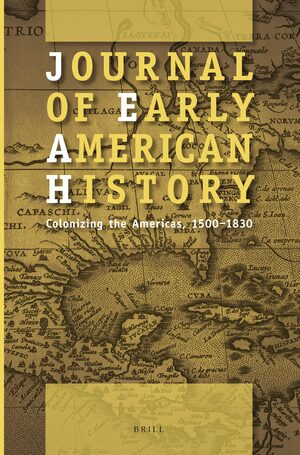 ‘The Highest Powers’: Grotius and the Internationalization of Church and State
Author: Charles W. A. Prior

This paper takes up David Armitage’s suggestion that historians should be alert to the various forms which international thinking took in the early modern period. Specifically, it concentrates on Grotius’s contribution to the effort to conceptualise the relationship of church and state, and to settle their relative jurisdictions. It argues that this effort can (and should) be read as part of a process of establishing a set of norms concerning the power of states. However, where some scholars have argued that an important chapter in the emergence of the modern state lies in the assertion of civil dominance over clerical power, this paper argues that a doctrine of civil religion formed the basis of an emerging logic of Protestant politics.