Studies investigating the specific methods for committing nonhuman animal cruelty have only begun to expose the complexities of this particular form of violence. This study used a sample of 261 male inmates surveyed at both medium- and maximum-security prisons. The study examined the influence of demographic attributes (race, education, and residence while growing up). It also examined situational factors (was the abuse committed alone, did abuser try to conceal the act, was abuser upset by the abuse, what was the perpetrator's age at initial animal cruelty, how frequent was the animal abuse?) and specific methods of animal cruelty (shooting, drowning, hitting or kicking, choking, burning, sex). Regression analyses revealed that white inmates tended to shoot animals more frequently than did non-whites and were less likely to be upset or cover up their actions. Respondents who had sex with animals were more likely to have acted alone and to conceal their cruelty toward animals. However, we failed to find support for a potential link between childhood and adolescent animal cruelty methods and later violence against humans. 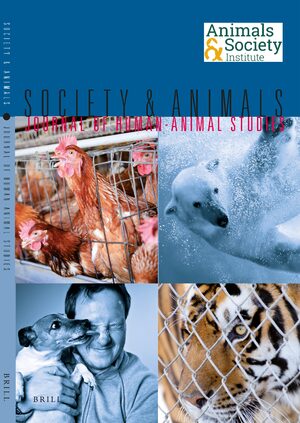