Clear All
Download Citations
Demons, Saints, and the Mad in the Twelfth-Century Miracles of Thomas Becket
Author: Claire Trenery 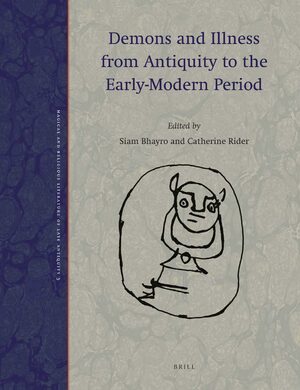 The twelfth century witnessed the wide dissemination of Latin texts and translated Greek and Arabic medical works through western Christendom, which brought with them a wealth of new ideas. The materialistic fundamentals of ancient Graeco-Roman medicine were introduced to a Christian philosophical tradition that distinguished between the material body and the immaterial soul. This chapter focuses on one of the most significant phenomena that emerged within this new cultural and intellectual environment: the proliferation of hagiographical writing that recorded, often in large collections, acts of wonder that were performed by the saints. Through the records made in English miracle texts, I explore representations of the physical, mental and spiritual suffering of pilgrims, which are indicative of the close interaction between religion and medicine. This chapter analyses the reception of ancient ‘holistic’ medical ideas in the central Middle Ages and the impact of Christianity on representations of physical, mental and spiritual illness and healing.

In: Holism in Ancient Medicine and Its Reception