In: The SHAFR Guide Online
Nation, Ethnicity, And Citizenship: Dilemmas Of Democracy And Civil Order In Africa
Author: Crawford Young 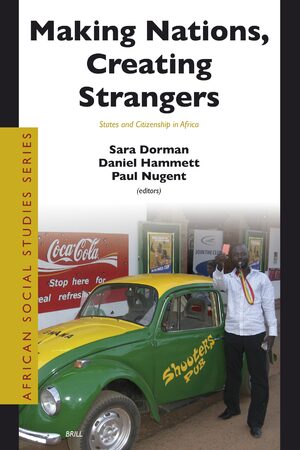 We consider the effect of structural heterogeneity on the movement of the slug-parasitic nematode, Phasmarhabditis hermaphrodita. The study involves image recording and analysis of nematode movement on a homogeneous layer of technical agar compared to movement of nematodes in a structurally heterogeneous environment that was created by adding sand particles to the plates of agar. Features of nematode trail, such as speed, turning angle distribution, fractal dimension and mean square displacement, were calculated for each treatment. The presence of sand particles significantly reduced the speed of nematodes and affected the distribution of the turning angle with an increased tendency for moving forward or radically changing the direction of movement. Also, the power-law pattern of the mean square displacement changed, suggesting that nematode dispersal capacity became slower, from super-diffusive in homogeneous agar to sub-diffusive in the presence of sand particles. Further, the correlation in step length and turning angles was computed as a function of lags between steps and used to identify memory effects on nematode movement. While in the homogeneous environment movement was characterised by strong temporal correlations; the impact of sand particles was to reduce these correlations between steps. The results suggest that the presence of structural heterogeneity introduces a new bias into the movement, which plays an important role in complex environments where the nematode movement may be obstructed by soil particles.