This paper presents and critically analyses the case law of the Slovenian courts with regard to mass individual claims against the state due to nuisance from public roads and railroads. The courts have largely upheld these claims. In awarding monetary compensation for non-pecuniary loss, they have considered the fundamental right to a healthy environment to be a personality right. Moreover, they have held that the state is under a guarantee-like obligation towards the population in that noise arising from public roads and railways will not exceed the limit levels set by the Regulation on Limit Values of Environmental Noise Indicators. As a consequence, new mass claims are being filed, exposing the state to considerable liability. The author considers the approach taken by the civil courts in Slovenia to be misguided on several levels. A fair balance between should be sought public and individual interests. Upholding claims in full by individuals who did nothing to mitigate noise is inappropriate. The problem would be better dealt with by way of regulating noise protection; compensation by way of analogy to (partial) expropriation in the public interest should only be sought if noise protection measures are ineffective or disproportionate.

Slovenia and Croatia in Dispute over Bank Deposits from Yugoslav Times – ‘No more shall foes, but neighbors be’?
Author: Damjan Možina 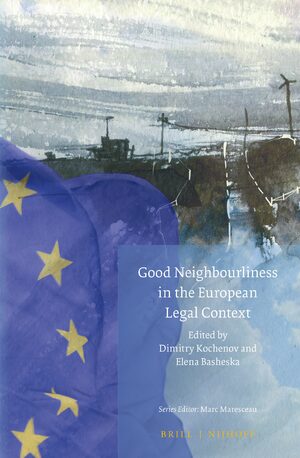 In: Good Neighbourliness in the European Legal Context