Gleanings on Jews of Greater Iran under the Sasanians: (According to the Oldest Armenian and Georgian Texts)
Author: Dan Shapira

This paper is an unbiased investigation of two Jewish tomb inscriptions from Mc'xeta, Georgia, claimed to support the legends about the mission of St. Nino, into the broader context of the oldest Armenian and Georgian texts that mention Jews, with the emphasis on Armenian-Georgian ecclesiastical relations. The conclusion of the author is that it is impossible to use the two mentioned inscriptions as an evidence for a Georgian Jewish community in Mc'xeta in the 4th or 5th centuries.

A Note On the Garni Inscription
Author: Dan Shapira

A Karaite From Wolhynia Meets a Zoroastrian From Baku
Author: Dan Shapira

After the disintegration of the Soviet Union, political élites of some of the former Soviet republics, especially the Turkic-speaking ones, found themselves in ideological limbo. The first President of Turkmenistan, Saparmurat Niyazov (Saparmyrat Nyýazow), has trodden his way out from the vacuum of legitimacy in the most original and interesting manner. In 2001, Niyazov, known also as Turkmenbashi (Türkmenbaşy), made public his book, Ruhnama, which later has been translated into about fifty languages. The book, appealing to the Oğuz Turkic heritage of the Turkmen nation, to her remote Parthian past, and to vague Islamic cultural inheritance, was supposed to provide guidelines for nation-building and cohesiveness. Atatürk's Nutuk was one of the literary models of Niyazov's book. Having fixed the newly-invented national mythology in writing, Niyazov was not only shaping his society in the desirable manner, but also legitimising his own rule. This paper analyses fragments of different—and not identical—versions of the first part of the work in several languages, mostly in Turkmen, Turkish, Russian, and English. The author suggests that the text of the Ruhnama was updated several times, with different translations reflecting different stages of fixing the original; the English text was translated faithfully from the elaborated Turkish translation, not from the Turkmen. 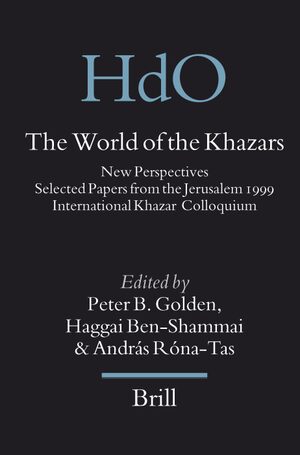 In: The World of the Khazars

Armenian and georgian sources on the khazars: A re-evaluation
Author: Dan Shapira

In: The World of the Khazars

On the Relative Value of Armenian Sources for the Khazar Studies: The Case of the Siege of Tbilisi
Author: Dan Shapira

In this paper, the author examines two contemporary Byzantine-Greek sources on one episode of the last Byzantine-Sasanian war (602-628), the siege of Tbilisi in 627 (?) CE by the combined forces of Heraclius, the Byzantine Emperor, and those of a West-Turkic (called “Khazar”) leader. Two of the sources are Byzantine-Greek, one by Theophanes the Confessor who wrote between 811-3 and based himself, for the siege of Tbilisi, on a source not later than ca. 720 CE, and one by Theophanes’ contemporary Nicephoros the Patriarch, whose source was different; another source is an Armenian chronicle from Caucasian Albania attributed to Movsēs Dasxuranc‘i/Kałankatuac‘i, who wrote between the first years of the eighth century (very close to the time of Theophanes’ source) and 958 CE and whose version of the events is the fullest, but badly arranged by a later editor; then come two Georgian versions, that of the “Life of Kartli” and that of the older “Conversion of Kartli”. The conclusion of the author is that the Albano-Armenian author worked, while describing the siege of Tbilisi and the role of the Western Turks, from more than one source. 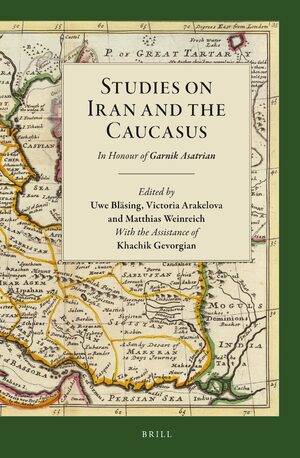 In: Studies on Iran and The Caucasus