This article takes as its principal question whether the Russian protection of freedom of religion in law and practice is compatible with the model created by Strasbourg jurisprudence. Considering freedom of religion as a keystone of the Strasbourg model of democracy and in light of increasing concern and uncertainty at democratic progress in the Russian Federation, the article attempts to isolate the realities of the situation in relation to this unique right. It considers both systems in law and their operation in a broader social context and finally considers issues of compatibility between them. In its conclusion, the author argues that, although the Russian Federation's legal framework establishes a similar model of protection to that of Strasbourg, this framework has been manipulated and diminished in importance by, and because of, extralegal relationships (particularly between the state and the Russian Orthodox Church) to the point where it is impossible to say that the systems are compatible. Further, the author suggests that the fact that these extralegal relationships can play such a role shows deep fissures in the rule of law in this area. This is indicative of wider problems relating to domestic rule of law generally and is therefore indicative of problems relating to foundational democratic principles. 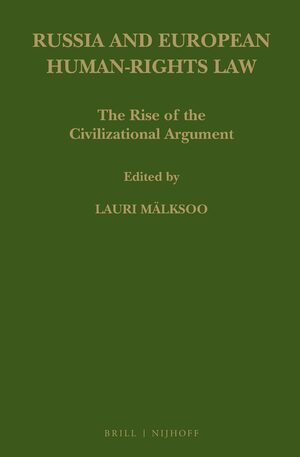 In: Russia and European Human-Rights Law