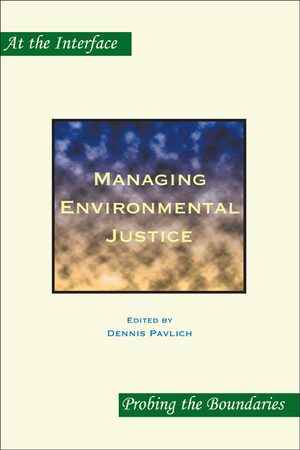 Managing Environmental Justice
Series: At the Interface / Probing the Boundaries, Volume: 62
Editor: Dennis Pavlich
Environmental justice is the subtext of this collection of anxieties around the need for a sustainable future on Planet Earth. Thinkers and scholars from a diversity of backgrounds reflect on what it means and how cultures must change to greet this future. From Romania to Mexico, Bosnia to Canada, Sweden to California authors analyze and recount community experiences and expectations leading to justice for land, sea, air and wildlife. The kind of ethical weltanschauung for a society in which this kind of justice is achievable is suggested. The collection points to the myriad of single instance decisions that we must all make in living our daily lives whether in our homes, workplaces or leisure time. From good policies to sound management, governments, corporations and community-based organizations will find prudent praxis from cover to cover.
E-Book

University Autonomy and Sustainability: A Case Study of the University of British Columbia.
Authors: Dennis Pavlich and Spencer Rose

This paper considers generally the obligation of universities to adapt their organizational operations to accommodate significant, emerging, socio-cultural shifts and widely-shared, community expectations. Our review of this phenomenon, in relation to environmental sustainability, is primarily of the university in its corporate, business mode and collaterally as educator and procurer of knowledge. Our research suggests, first, that often those changes are the result of ill-defined or desultory episodes in history, and, secondly, sometimes the result of syncretic adaptations to wider changes in social formation and new orthodoxy caused by revolution – violent and quiet. Thus, over the eons universities, within their basic structure of rector/vice chancellor, provost/proctor, faculties, deans, professors and other officers, have moved governance and operations from Catholic-based, Christian institutions to reformation-based, Christian institutions, and then to secular - ‘non sectarian’ – institutions, influencing successively university epistemology, metaphysics and morality. This chameleon-like character of universities to adapt to social transformations that revolutionize society likely explains the durability and longevity of Western-, European-based universities. Our paper reviews the interpretation of the mission of universities, not so much from the perspective of broad adaptations to revolutionary forces in society, but rather the smaller-scale, externally-driven, social changes of communities outside universities, and to which its response may be incipient to greater, fundamental, social transformation. In particular, the paper looks at the need for social adaptations that incorporate values of the environmental movement. It describes how the value of community (and state) acceptance likely requires universities to be aware and transform to accommodate important social movements which today are the pursuit of sustainability and environmental justice. A case study of the University of British Columbia in Canada and its experiences in operational adjustments over the past 20 years to be friendlier to the environment is used to illustrate the form and manner that adaptability might take.