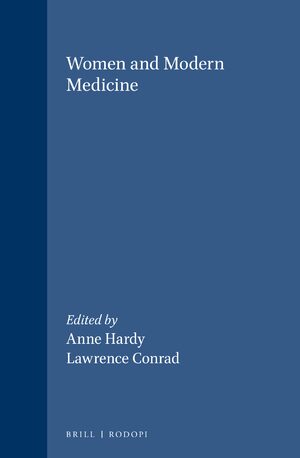 In: Women and Modern Medicine

Ashes to Ashes
The History of Smoking and Health
Series: Clio Medica Online, Volume: 46and Clio Medica, Volume: 46
Editors: Stephen Lock, Lois Reynolds and E.M. Tansey
Future historians will wonder why, despite the risks, society persisted in its warm relationship with the cigarette; by the end of the century global consumption was still rising. The 1995 symposium at the Wellcome Institute for the History of Medicine not only examined tobacco's connection with health, but the varied attitudes towards smoking, which have included regarding it as ‘manly', relaxing, fashionable - and decadent. A particular feature was a witness seminar attended not only by those who had made the initial discovery but by those with a crucial role in promoting public awareness of the dangers. And, as shown in this book, we still cannot escape the paradox that, while a considerable proportion of a country's population is hooked on the cigarette, the tobacco industry and the government are equally addicted to the profits and tax revenues it generates.
E-Book