The satellite DNA of eukaryotes has been studied for over a quarter century. At present, depending on the length of the repeated unit (monomer), the satellite DNA is divided into four classes: megasatellites, comprising tandem repeats with monomers of several thousand base pairs; macrosatellites (or satellites), with an average monomer length of 100 to 700 base pairs (bp); minisatellites (monomer length of 10 to 60 bp); and microsatellites (2-6 bp). In this minireview, the modern concepts of the structural organization and evolution of the main macrosatellite families in Triticum and Aegilops species and their rearrangements in amphiploids are described. The mechanisms leading to formation of satellite DNA and its intra- and interspecies structural variations are considered in detail. 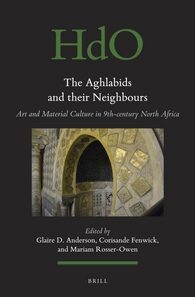 In: The Aghlabids and their Neighbors