Clear All
Download Citations
A Normative Power in the Making: Theological Quodlibeta and the Authority of the Masters at Paris at the end of the Thirteenth Century
Author: Elsa Marmursztejn 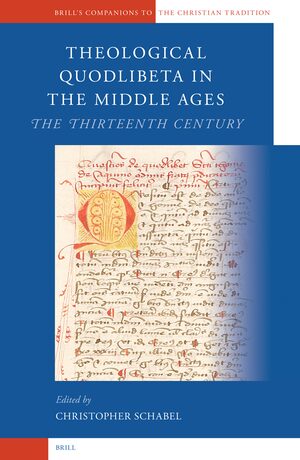 In: Theological Quodlibeta in the Middle Ages: The Thirteenth Century

This paper addresses the variety of impacts that the conciliar legislation which was produced in seventh-century Spain, in the aftermath of king Sisebut’s forced conversions, had on the thirteenth and fourteenth-century scholastic debate, when prominent theologians tackled the borderline case of children, and raised the question of whether they ought to be baptized against their parents’ will. The main issues of the debate, namely, princely power, Jewish serfdom, and the removal of the children, were linked to situations that were specific to Visigothic Spain, which appears as a laboratory for norms regarding forced conversions. Some of these norms provided materials that scholastic theologians used in different ways, twisted or left out; some others were strongly resonant in their discussions, although no textual link can be established. All these uses and echoes took place in a distant, different, but comparable context, when the relationship between political power and the status of the Jews was particularly consequential.

In: Forced Conversion in Christianity, Judaism and Islam

In the wake of studies showing that medieval intellectual production, far from confining itself to distinct faculties or disciplines, resulted from a constant circulation of knowledge, this paper analyzes the relations between theology and law through the controversial case of the dispensation from the vow of chastity, between ca. 1215 and ca. 1315. Focusing on the different aspects of the compelling power of the vow, the possibility to make up for it or to change it and the papal power of dispensation in spite of the particular dignity of the vow and the decretal forbiding any dispensation from it, the reflexion of canonists and theologians shows the interweaving of their disciplines, the changes of some individual positions and the absence of expected solidarities. 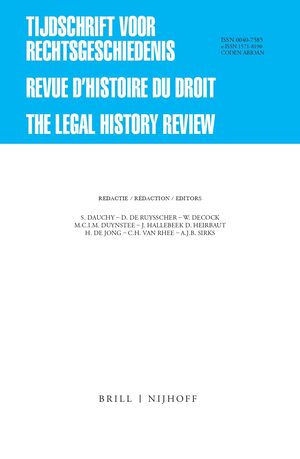