Abominated Temple and a Holy Community: The Formation of the Notions of Purity and Impurity in Qumran
Author: Eyal Regev

A History of the Hasmonean State: Josephus and Beyond , written by Kenneth Atkinson
Author: Eyal Regev 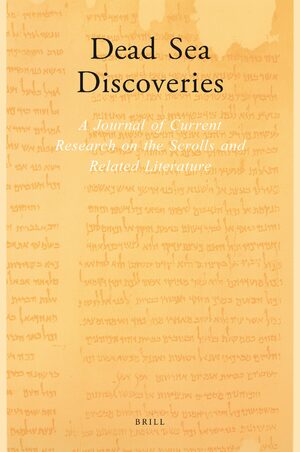 This article challenges the consensual view that the yahad were a celibate group by raising the following arguments: (1) The silence of the Community Rule regarding women and family cannot attest to celibacy, since there are no passages in the scrolls which refer to celibacy; (2) The passage in CD 7:3–10 should not be regarded as alluding to the celibacy of the yahad; (3) Comparisons with early-modern sects attest to the centrality of celibacy in the group ideology, hence it is impossible that celibacy was self-understood; (4) 4Q502 Ritual of Marriage mentions marriage, reproduction and children, and bears several lexical affinities with 1QS and other compositions of the yahad. Therefore, it should be related to the yahad. Consequently, the sweeping identification of the yahad with the (mainly celibate) Essenes seems problematic.

Were the Priests all the Same? Qumranic Halakhah in Comparison with Sadducean Halakhah
Author: Eyal Regev

Comparing Sectarian Practice and Organization: the Qumran Sects in Light of the Regulations of the Shakers, Hutterites, Mennonites and Amish
Author: Eyal Regev

This article tries to demonstrate that the unique regulations of the Qumran (Dead Sea Scrolls) sect are derived from its social character as a sect, not from scriptural exegesis or Hellenistic influence. In order to achieve this goal, the article introduces practices that are typical of introversionist sects, and shows that they can also be found in Qumran. Thus the evidence from Qumran contributes to the understanding of the sectarian practices and organization in general. The article compares the regulations from Qumran to those of the Shakers, the Hutterites, the Mennonites and the Amish and also makes inferences concerning the practices of these different sects. The comparison pertains to the procedures of joining the sect, admission to adulthood, annual or semi-annual ceremonial communions, sanctions and punishments, confessions, economical organization and organizational patterns, especially the tendency of keeping the local community small, as well as gender relations and social hierarchy within the sect.

The Sadducees, the Pharisees, and the Sacred: Meaning and Ideology in the Halakhic Controversies between the Sadducees and Pharisees
Author: Eyal Regev 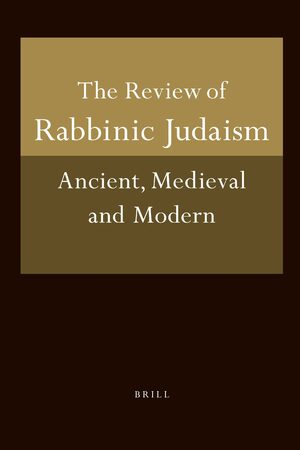 There are several diverences between the laws of cult and the pre-supposition regarding ritual and impurity in the Priestly Schools and the book of Deuteronomy. Both sources regard the relationship between the priest and the laity and the access to the sacred in diverent ways. The fundamental reason that lies at the base of these diverent cultic systems is distinct perceptions of holiness. The diverence is not in the concept of what is holy and what is profane, but rather in the understanding of what holiness really is. The Priestly Schools view holiness as dynamic, sensitive and dangerous, and maintain that the access to the sacred should be limited. In contrast, in Deuteronomy holiness is static, and the access to the sacred is far less restricted, since it is not dangerous or threatening. In other words, in Deuteronomy holiness is not an active entity but a status. These opposing world-views regarding the holy are actually related to general conceptions about the character of the relationship between humans and nature on the one hand, and between man and God on the other hand.