<title> ABSTRACT </title>LIBRI PICTURATI A. 16-30 in Krakow comprise one of the largest and most valuable European collections of botanical and zoological watercolours. Since their rediscovery in the 1970s several theories have arisen about the origins of this collection, while much new evidence has been uncovered especially since the 1990s. This article brings together and evaluates all the available evidence - ranging from watermarks to the social ties linking naturalia collectors and from annotations to illustrators - in order to test opposing theories concerning the involvement of Clusius, Saint Omer and Cluyt in the creation of the original core of the collection.

Most descriptions of marine life by naturalists of the sixteenth century concern the Mediterranean (Rondelet, Belon, Salviani), while evidence of fieldwork at sea or along the coasts is rare for the North Sea and North Atlantic. Here, the focus is on textual and visual evidence of both first-hand observations and “field work once removed” in manuscript sources of the second half of the sixteenth century: the richly illustrated albums of Adriaen Coenen (1514-1587), son of a Dutch fisherman and practical expert on marine life; and the letters (1597-1604) from Henrik Høyer in Norway to the naturalist Carolus Clusius. The focus is on their motivation; research methods; particular areas of interest; and the problems involved in the preservation of marine animals.

7 Into the Wild: Botanical Fieldwork in the Sixteenth Century
Author: Florike Egmond

The earliest substantial evidence of botanical expeditions comes from the sixteenth century. This essay presents a chronological survey of botanical field research in continental Europe during the long sixteenth century, while more briefly discussing European explorations outside Europe. How, where and when did fieldwork manifest itself as a professional practice in Europe? Who was involved? What kind of expeditions did they undertake, and what were the main purposes (search for medicinal plants, collector’s items, rarities)? What were the main developments in the course of this century, and what does the remaining material (ranging from textual sources to herbaria and illuminated herbals) tell us about changing styles of reporting? The focus is on fieldwork as a practice, and as part of a more general “experimental” approach to nature study.

The making of the Libri Picturati A16-30
Author: Florike Egmond 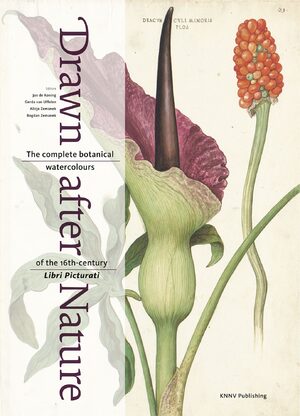 In: Drawn after Nature