The rise of Ayodhyā as a place of pilgrimage
Author: Hans Bakker

The Gospel of Kauṇḍinya: The Descent Of God In Gujarat And The Practice Of Imitating God
Author: Hans Bakker 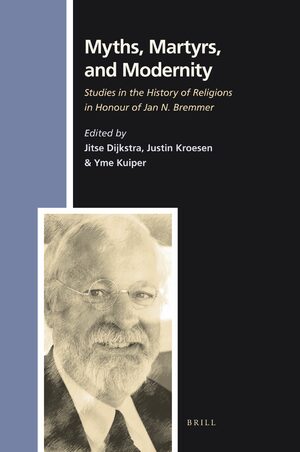 In: Myths, Martyrs, and Modernity

It is widely believed that Vārānasī (Benares) ranks among the oldest holy cities on earth. Archaeological and textual sources, however, begin only to testify to the construction of sacred space in the first millennium AD. A significant discrepancy is found between the archaeological data (mainly seals) and early textual sources belonging to the 5th to 8th centuries. While seals provide us with the names of temples that apparently were frequented by the ordinary pilgrim, the oldest Māhātmya text that has recently become available, three chapters of the ‘original’ Skandapurāna, depicts Vārānasī as a place of ascetics and yogis. The spheres of devotion and world-renouncing are further complicated in the 11th and 12th centuries, when Vārānasī is made the political capital of the Gāhadavāla dynasty. Inscriptions reveal yet another dimension of sacred space, that of state ritual. After the destruction of the town by the Muslim conquerors, a process of reconstruction sets in during the 13th and 14th centuries, resulting eventually in the sacred Vārānasī as we know it today.

This article discusses the concept of 'holy war' and the religious ideas it implies. According to some these ideas are characteristic of monotheistic traditions. The author investigates recent developments in Hinduism and comes to the conclusion that some of these characteristics are coming to the fore in modern forms of the Hindu religion that have strong bonds with fundamentalist movements. The question of the mosque occupying the holy spot in Ayodhyā, which is considered as the birth-spot of Visnu's incarnation as Rama, plays a central role in these developments. 'Liberation' of this site has many features in common with the motif of liberating Jerusalem in the age of the crusades. The author concludes by remarking that, though Hinduism has proved in the past to be a religion not prone to holy wars, recent developments in Indian society have made the prospect of a holy war between Hindus and Muslims seem only too real and close. 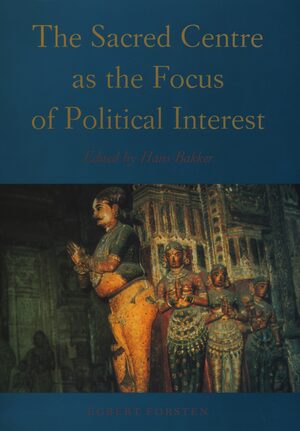 The Sacred Centre as the Focus of Political Interest
Series: Groningen Oriental Studies, Volume: 6
Editor: Hans Bakker
The central theme of the symposium was elaborated upon according to various religions, periods and areas, such as North India (historical) by H. Kulke, A. Wink, J. C. Heesterman and H. T. Bakker; South India (historical) by D. Shulman, B. Stein and G. Berkemer; contemporary India by C.J. Fuller, L.P. van den Bosch and J. P. Parry; Sri Lanka by G. Obeyesekere; the Byzantine Empire by A. N. Palmer; the Moroccan Sultanate by H. Beck, and the European Middle Ages by M. Gosman.

This systematic approach focusing on a well-defined theme in a widely differentiated context appears to be fruitful. An often little recognized, though essential, universal aspect of important places of pilgrimage is their embedment in political ramifications. Analysis of religious structures and representations which are concentrated and reified in sacred centres, shows remarkable agreement and linkage with political institutions and ideology through a common symbolism.

The contributions to the symposium establish that sacred centres are the places par excellence where political authority is legitimized; they help to articulate these systematic aspects by making them the focus of scholarly discourse starting from different disciplines.