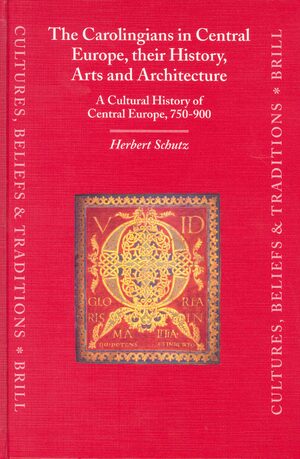 The Carolingians in Central Europe, their History, Arts and Architecture
A Cultural History of Central Europe, 750-900
Series: Cultures, Beliefs and Traditions: Medieval and Early Modern Peoples, Volume: 18
Author: Herbert Schutz
This book presents an historical overview of the Frankish realms in Central Europe during the Carolingian period. Against this background Part II of the book examines the cultural inventory deposited by the scribal culture in Central Europe as represented by manuscripts, crystals, ivories and gem encrusted liturgical art. Part III deals with such examples of Carolingian wall painting and architecture as are still evident in Central Europe. Though some examples are derivative, many are original. To reflect the splendor of the objects and surfaces discussed in Parts II and III, the book is lavishly ornamented with pertinent color illustrations. Black and white illustrations generally serve the representation of architecture.
Hardback 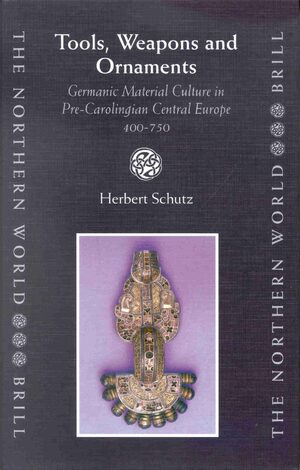 Tools, Weapons and Ornaments
Germanic Material Culture in Pre-Carolingian Central Europe, 400-750
Series: The Northern World, Volume: 1
Author: Herbert Schutz
This illustrated book continues themes in Central European cultural history treated elsewhere with the intention of presenting an interdisciplinary study of early medieval socio-cultural developments.
A continuation of the preceding books, this volume examines the archeological evidence of the groups who settled Central Europe. It aims to amplify the information recorded during the late Roman Empire about societies, social dynamics and ethnological contexts by examining their material culture. The language of significant objects complements the literature of significant texts.
The three parts of the book inform of the historical and archeological evidence; elaborate the socio-cultural conclusions provided by archeology; examine the system of values as reflected in the forms of artistic expression. The study of objects helps clarify the contours of the Germanic populations of pre-Carolingian Central Europe.
Hardback