In: Encyclopedia of Jews in the Islamic World Online
Smyrna
Author: Barnai, Jacob

In: Encyclopedia of Jews in the Islamic World Online
The Outbreak of Sabbateanism — The Eastern European Factor
Author: Jacob Barnai

The Impact of Sabbatianism on Society and Culture in the Yishuv and in Israel
Author: Jacob Barnai

Sabbatai Zevi (born 1626 in Smyrna) appeared as a messiah (1665) and excited the Jewish communities all over the Jewish diaspora. A year and a half later, he was arrested by the Ottoman authorities and forced to convert to Islam. He lived out the rest of his life as an exile (1676) in Montenegro (of our times). He stepped down from the Jewish historic stage as a traitor and liar, but his impact endured for centuries and is still discernible now. This chapter reviews from a historical perspective the influence on the Jewish mystical tradition of “The Apostate Messiah,” as he was referred to by Gershom Scholem and many of his students and followers. From the seventeenth to the nineteenth century, Zevi was widey thought to have inflicted disaster on the Jewish People, but in the twentieth century this attitude shifted. Even though his conversion to Islam was still considered as treason, his desire to bring about redemption from the the travails of Diaspora and his ability to excite the Jewish masses were now portrayed in a more positive light, especially in the arts and by some Zionist leaders. This attitude toward him and the movement that he created can be found in most if not all trends in Jewish culture and Jewish artistic endeavors in both Mandatory Palestine and in the State of Israel. 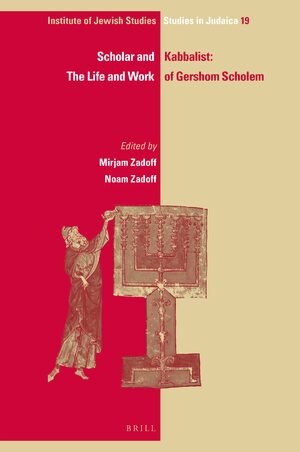 In: Scholar and Kabbalist: The Life and Work of Gershom Scholem