Clear All
Download Citations
“Spoiling” in the Public Sphere: Political Opposition to Peace Negotiations and the Referendum Campaign in Colombia
Author: Joana Amaral

Peace referendums can be exploited by political actors who may gain politically from opposing a peace process. This article explores how political opposition affects peace negotiations, particularly when a referendum is used to ratify an agreement, through the study of the Colombian peace negotiations between the government of President Santos and the Revolutionary Armed Forces of Colombia (FARC). It finds that the exclusive character of the negotiations, coupled with their confidentiality, contributed to the political opposition’s capacity to influence public opinion against the peace process and to reject the peace agreement in the 2016 referendum. This qualitative study is based on the content analysis of reports, memoirs and interviews with key negotiation delegates, journalists and representatives of the referendum campaigns. It argues that political inclusion in peace negotiations can help prevent referendum spoiling, while public information and education during the negotiations can reduce the impact of disinformation and manipulation campaigns. 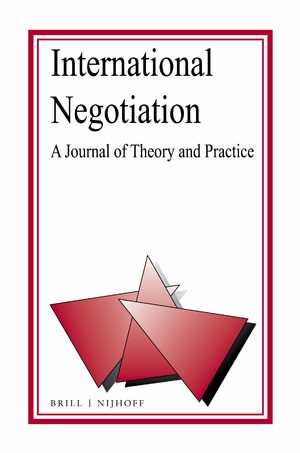