Mark and the Relatives of Jesus
Author: John Dominic Crossan

I am grateful to both those preceding scholars for their articles and for allowing me the privilege of a reply. It is also a special pleasure to recall their hospitality and generosity at the University of South Africa during the seminar on which these papers mere first presented. My reply takes up those topics in my title, the first two from Pieter Craffert, the latter two from Johan Strijdom. 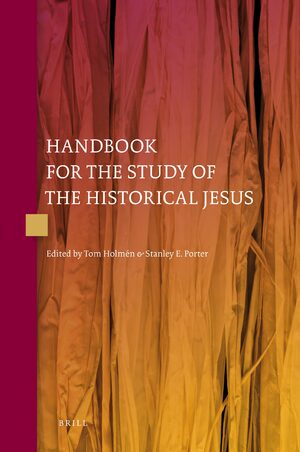 In: PB Handbook for the Study of the Historical Jesus (4 vols)

It is Written: A Structuralist Analysis of John 6
Author: John Dominic Crossan

In: The Gospel of John as Literature