Clear All Modify Search
Download Citations
The Manufacture of the Skullcap (Cervelliera) in the Florentine Countryside During the Age of Dante and the Problem of Identifying Michael Scot as Its Inventor
Author: John Muendel

The activities of the rural blacksmiths of Cascia, operating beyond the environs of Dante's Florence, and their employers, an urban company of mercers, indicate that the relationship between the city and the countryside was not separated by any differences in cultural outlook. The ties were close rather than antagonistic not only because of an inherent sense of mobility shared by both parties, but also on account of the standard of craftsmanship demonstrated by the Cascian ironworkers. The skullcaps, or cervelliere, manufactured by these provincial artisans were of the highest quality and were prominent articles in the trade of the expanding European markets of the thirteenth and fourteenth centuries. Worn primarily by infantrymen, they were essentially the product of increased populations, capitalizing on the new opportunities created by urban growth. Whether or not Michael Scot, the close associate of the German emperor Frederick II, invented the cervelliera in 1233 poses a distinct quandary. If the Aristotelian astrologer, alchemist, and physician was a mediator between philosopher and artisan, much more qualified information would be needed to substantiate the connection. Only the possibility, not the certainty, that Michael was integrally involved in the metallurgy of iron can be introduced within a thirteenth-century milieu where philosophical emphasis was on the close observation of everyday experience. 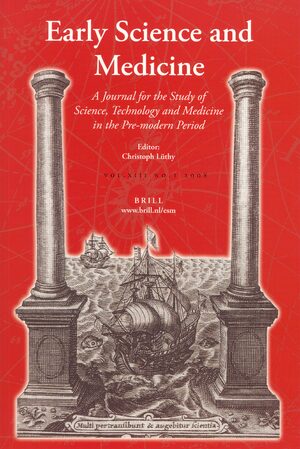