In this review article, I take a closer look at the French journal Tiqqun (1999–2001) and the pamphlet The Coming Insurrection (originally published in 2007). In particular, I consider the overarching political project advanced in these texts as ‘sectarian reason’, that is to say, as a form of bio-politics that is deeply rooted in anthropological and ethical assumptions. Moreover, I identify the intrinsic deadlocks of these suppositions, in particular their latent voluntarism, which they claim to reject if not to have overcome. 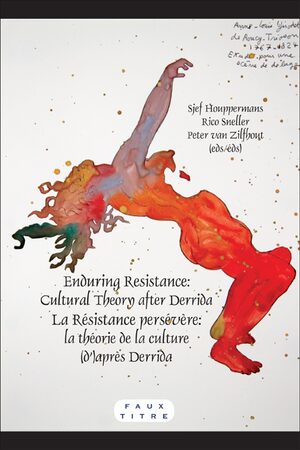 Discern(e)ments
Deleuzian Aesthetics / Esthétiques deleuziennes
Series: Faux Titre, Volume: 251
Editors: Joost de Bloois, Sjef Houppermans and Frans-Willem Korsten
A bilingual collection of essays on the aesthetics of Gilles Deleuze, Discern(e)ments highlights what is at stake in Deleuzian philosophy of art. It traces the reception of Deleuzian thought in a broad range of disciplines and gauges its use-value in each of them. Following the dynamics between structure and becoming that punctuates Deleuzian aesthetics, Discern(e)ments sketches and erases boundaries between methods and traditions in philosophy and art theory, as well as in literary, performance and film studies. Offering both numerous case-studies as well as theoretical outlines, Discern(e)ments engages faculties, disciplines and criticisms not in a mere exchange of points of view, but in heterogenesis mapping out further discernments in Deleuzian aesthetics.
Paperback