Clear All
Download Citations
Manuscript Ownership and Readership at the American University of Beirut at the Turn of the Twentieth Century
Authors: Kaoukab Chebaro and Samar El Mikati El Kaissi

This study examines the origin, usage and expansion of the Syrian Protestant College’s manuscript collection between 1866 and the 1920s. As we examine the ways in which the manuscript collection was built, accessed and used at the College, and later, at the University, we hope to uncover and emphasize the various exchanges that took place between, on the one hand, local knowledge discourses, demands and expectations around scribal practices, and on the other, printing and pedagogical practices brought about by Western presence. The chapter is thus intended as a corrective to the over-emphasised narrative of rupture and Western-based influences which has so far defined the discourse on the Nahḍa in the Levant. 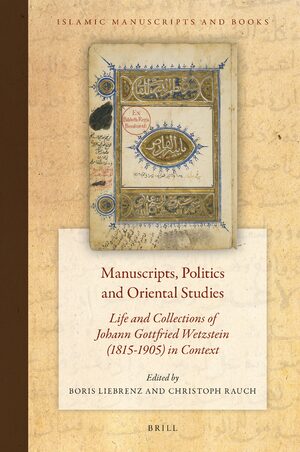 In: Manuscripts, Politics and Oriental Studies