This article studies the dance poetics and politics of Christians in contemporary Kinshasa. For Kinois (inhabitants of Kinshasa), dance is one of the most important technologies to get in touch with an invisible Other, the divine or the occult. In sermons, and other modes of instruction, spiritual leaders inform their followers about the morality of songs and dances. These discourses reflect pentecostal thought, and trace back the purity of specific body movements to the choreography's source of inspiration. As the specific movements of so-called sacred dances borrow from a wide array of cultural worlds, ranging from traditional ritual dances and popular urban dance to biblical tales, the religious leaders state that not just the body movements, but also the space where people dance and the accompanying songs, define the Christian or pagan identity of the dancer. Therefore, both the reflections upon dance movements and the dance events within these churches will be discussed as moments in the construction of a Christian community.

The article deals with the social significance of confessions among Kinshasa’s born-again Christians.1 Together with conversion narratives and former witches’ testimonies, confessions represent the main discursive rituals in the religious practices of newborn Christians. The analysis departs from the observation that among Kinshasa’s born-again Christians confessions are usually preceded or followed by deliverance rituals, and, that they are rarely acted out in an intimate and private encounter with the pastor. Rather, these narratives are usually expressed in public, preferably with the sinners’ victims as audience. The public nature of the confessions and their co-occurrence with spiritual cleansing as performed via deliverance rituals allow us to embark on an analysis that foregrounds the uncertainty of the Christian subject and the ways in which the subject can emerge but also be broken down.

Especially since the mid-2000s when cellular communication became more widespread in Kinshasa, Pentecostal leaders and followers increasingly reflect about the proper usage of the handset and insert it into reflections about ‘approved’ (ya malamu) and ‘disapproved’ (ya mabe) types of femininity. Via an examination of the critical role of electronic communication technologies in the construction of ‘Christian femininities’, I bring novel insights on the already much-debated question about Pentecostalism’s contribution to women’s lifeworlds. Amid applause for the liberating workings of Pentecostal-Charismatic rituals and associations, the ways that Pentecostalism installs new boundaries, promotes new preferences and lifestyles, and sanctions those who cannot comply with the new directives are often ignored. This article highlights the ambiguity of Pentecostal-Charismatic Christianity by comparing the discourse about two types of femininity that dominate in the churches: ‘bad girls’, of which Blackberry Girls are a subtype, and ‘brides of Jesus’. 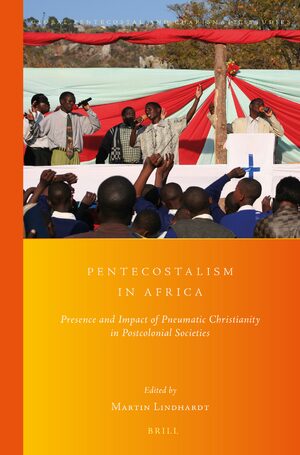 In: Pentecostalism in Africa