Anthropological theories about feasting, particularly the semiotic theories of Roy ) and the commensal politics and patron-role feast described by Michael ; ; ), are exceptionally applicable to Homeric society. This chapter queries the nature of the intellectual operation of applying anthropological theory to ancient Greek subjects and argues that Greco-Roman cultures prefigured the concerns of anthropologists throughout the history of that discipline.

Whether we locate the beginnings of anthropology with J.-F. Lafitau in 1724 or with the creation of the first professorships of anthropology, for example that occupied by the Hellenist J. G. Frazer in 1907–8, the concerns of early anthropology are defined with reference to ancient Greece. In a rarely mentioned characteristic of early anthropology, Lafitau modelled his interest in the customs of different peoples on Homer’s. In the Golden Bough, J. G. Frazer analysed ancient societies alongside and not sequestered from modern ones.

What does it mean when a modern anthropological theory applies productively to ancient evidence? This chapter draws on the literary theory of Gérard Gennette ( (), ) which describes the relationship between texts or discourses through hypertextuality, where hypotexts (Greco-Roman texts in this case) have a structuring influence on and prefigure the concerns of hypertexts (the discourses of anthropology). Anthropological theory and ethnography have interpretive power for classical civilization both because they have been constructed with reference to ancient cultures and because observation of living societies can aid our understanding of the lacunose remains of Greco-Roman antiquity. 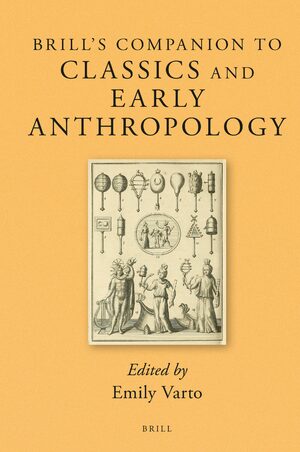 In: Brill's Companion to Classics and Early Anthropology

Traveling with Helen: The Itineraries of Paris and Menelaus as Narrative Doublets
Author: Kevin Solez

The journey of Paris from Sparta to Troy and the journey of Menelaus from Troy to Sparta are narrative doublets that feature in the Epic Cycle. Both men follow a typical and historical pattern of mobility between Greece and the Levant before reaching their destination. These similarities constitute a proleptic doublet, where Paris’s journey is a less elaborate iteration of a story pattern that appears again in the nostos of Menelaus. In our known epics, the doublets appear near the beginning of the Cypria and at the very end of the Nostoi. 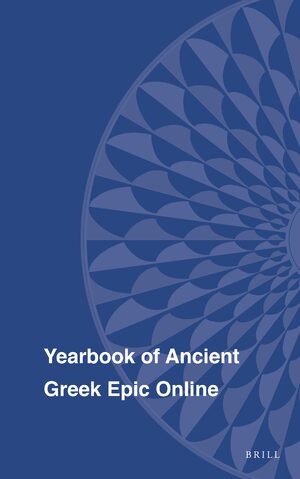