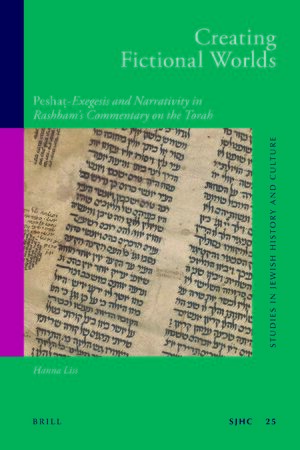 Creating Fictional Worlds
Peshaṭ-Exegesis and Narrativity in Rashbam's Commentary on the Torah
Series: Studies in Jewish History and Culture, Volume: 25
Author: Hanna Liss
R. Samuel ben Meir (b. 1085) wrote his Torah commentary at a point in time when the French masters of Bible collected their glossae, but he wrote it also at the point in time that we today consider to be the turning point in ‘lay literacy,’ when the Anglo-Norman aristocracy patronized the production of romances. In the first half of the 12th century, Northern France was a vibrant spot. It was an era in which composing, reading, and listening to narratives and stories intensified as a complex cultural phenomenon. This book presents the idea that Rashbam tried to compete with this new intellectual movement, claiming that the literary quality of the biblical texts was at least as good as that of the nascent courtly romances, or even on a par with one another.
E-Book

10 Patterns of Intensification of the Laws on Ritual Purity in Medieval Jewish Ashkenaz
Author: Hanna Liss