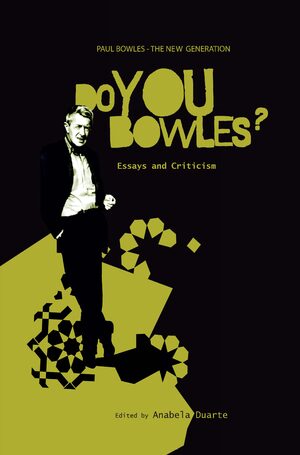 In: Paul Bowles - The New Generation: Do You Bowles?

Writing, as any other form of creation, can be an addictive practice that leads to obsession and madness. Gothic fiction involves particularly high levels of ambivalence, which are sometimes translated by a curious similarity between hero and villain, and by a fatal attraction between victim and criminal. A possible identification between the writer and his villain is an important aspect of the ambiguity and transgressive power of gothic narratives. The intention to give gothic fiction a high degree of reality, in order to produce strong emotions, has always been a central motive for many gothic writers. Gothic terrors can subvert and transgress social and moral values as well as any kind of aesthetic limits, but they are also paradoxically used to reaffirm those limits underlying their value. Horror fiction can become a warning against the dangers of transgression, presenting them in their darkest and most threatening form. However, many of the bestselling gothic novels can only produce a high level of alienation, extracting only a very superficial aesthetical pleasure from destruction. As Umberto Eco’s The Name of the Rose reminds us, the threat may not be a supernatural creature, but a text.

In: Live Evil: Of Magic and Men

The Paradox of Horror: The Dark Side of Gothic Aesthetics
Author: Maria Antónia Lima

One of the most interesting aspects of the Gothic is its permanent epistemological and moral ambiguity, which results from its attention to the contradictory nature of a complex reality, where nothing is what it seems. This play of appearances has given many writers and artists the opportunity for exploring what Tom Gunning called ‘the aesthetics of astonishment,’ that describes many attractions and illusions of wondrous worlds, created to inspire curiosity, shock and fascination. Revealing the contradictions and ambivalences of many forms of lives and feelings, the Gothic could not escape the strong effect of the paradoxes provoked by the objects of its own creation, a fact that Noël Carroll explained in The Philosophy of Horror or the Paradoxes of the Heart. Dealing with the dark side of human experience and with its obscure duplicities, where the boundaries between good and evil blur, the Gothic possesses a double nature, which does not allow it to avoid the ambivalent effect of its aesthetics. Consequently, many expressions of horror are often self-referential, as Poe’s ‘Oval Portrait,’ King’s Misery or Ellis’ Lunar Park, where both writers and protagonists are haunted by their creations. It seems that like its readers, characters and creators, Gothic cannot escape its original and innate perversity. As Richard Benton says in ‘The Problems of Literary Gothicism,’ we should ask if we are not all rebels and Satanists underneath the skin and if our fascination with dark characters does not reveal our perverse impulses and ‘the tigers we ride on within the unconscious depths of our inner selves.’ Does Gothic aesthetics help to tame those tigers or does it make them even more violent? Is Gothic an expression of our contemporary fears, or does it create our own nightmares? Robert Bloch said ‘horror is the removal of masks,’ but Gothic, itself, has masks, that also need to be removed.

In: The Gothic: Probing the Boundaries 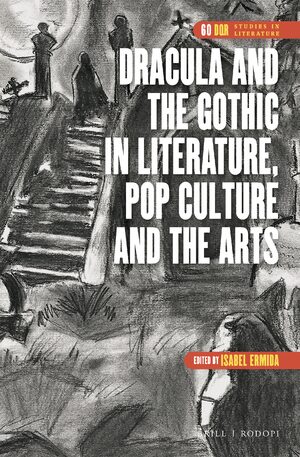 In: Dracula and the Gothic in Literature, Pop Culture and the Arts