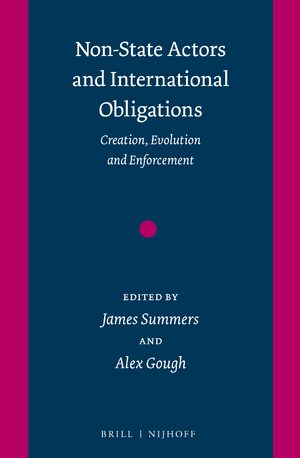 In: Non-State Actors and International Obligations

Piracy and Empire: The Campaign against Piracy, the Development of International Law and the British Imperial Mission
Author: Michael Mulligan

This article will examine the issue of piracy and how the prohibition of piracy developed in international law from the 19th century onwards. The campaigns against piracy in the 19th century influenced the development of international law into the 21st century with the prohibition on piracy achieving the status of peremptory norm ‘jus cogens’ under international law. The anti-piracy campaign of the British led to the signing of treaties which, although ostensibly designed to prohibit the trade, had the effect of consolidating British power and influence over the Gulf States and furthered imperial interests there. The campaign also further contributed to the notion of the ‘civilising mission’. The legacy of the campaigns reverberate in the contemporary debates about piracy, particularly in relation to the so-called pirates who operate off the west coast of Africa.