In a number of documents released (and leaked) over the past two years, the European Commission has made clear that future treaty arrangements on investment between the European Union (eu) and third states will include robust provisions on transparency in investor-state dispute settlement. The Commission’s position reflects the acceptance of a “new normal” with respect to transparency in the investment treaty making practice of states. This article discusses the global context of the Commission’s conclusion and the rapid evolution of treaty provisions and arbitral rules on transparency in investor-state dispute settlement and non-disputing party participation. This article then analyses the Commission’s 2012 leaked draft negotiating text and reflects upon the Commission’s choice to adopt the 2013 uncitral Rules on Transparency in Treaty-based Investor-State Arbitration for its future treaties.

In its recent treaties, the European Union (EU) has established a new model of investor-State dispute settlement (ISDS). The EU’s new model entails the replacement of ad hoc arbitration with standing, treaty-based investment tribunals, staffed with judges appointed by the states parties. Awards produced by the EU’s new process will be subject to appellate review on issues of law and fact. The EU has indicated that it will pursue a treaty to multilateralize its new tribunal system. This article addresses the compatibility of the EU’s new ISDS model with existing instruments of the investment treaty regime: first, whether the introduction of an appellate mechanism or, indeed, the total reworking of ISDS to establish investment tribunals, renders instruments like the ICSID Convention and the New York Convention inapplicable to the modified process of ISDS; second, how the integration of any appellate mechanism with existing international investment treaties might technically be achieved. 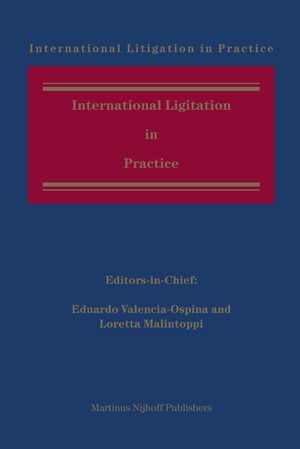 International Litigation in Practice
Editors: Loretta Malintoppi and N. Jansen Calamita
This Series aims at filling a perceived need among practitioners and academics, arising from the increased recourse by States to the International Court of Justice and the growth of international litigation involving States before other courts and tribunals during the past twenty years. As a result of the enhanced utilization of judicial and arbitral means of peaceful settlement of disputes involving States, new procedures have developed, while previously unused or controversial provisions found in the statutory and other governing instruments have come under scrutiny and have been clarified by judges and arbitrators.

The Series sets out such issues and consists of practical books prepared by specialists, serving as self-contained references whenever the issues they cover come to the fore in a particular case. Although the point of departure is the International Court of Justice, the Series also deals with the International Tribunal for the Law of the Sea and other international and arbitral courts and tribunals established for the settlement of disputes involving States.

Unlike other guarantees of protection found in investment treaties, the obligation to provide most-favoured-nation (MFN) treatment derives exclusively through the act of concluding a treaty that contains an MFN clause. And yet, notwithstanding this textual pedigree, MFN clauses, unlike any other provision found in investment treaties, have twice been the subject of extended study by the International Law Commission (ILC) to examine whether and to what extent it might be possible to ascertain (and codify) rules or principles relevant to their interpretation and application. This chapter surveys and assesses the key rules, principles and presumptions put forward as applicable to the interpretation of MFN clauses in IIAs by the ILC and in the decisions of arbitral tribunals. In addition, it notes briefly one additional general principle applicable to MFN clauses which has not yet received significant attention in investor-state arbitral practice or the treaty-making practice of states, namely the temporal scope of MFN clauses. Finally, it highlights the ways in which general principles and the issues left unresolved by them have been addressed in a number of recent treaties. 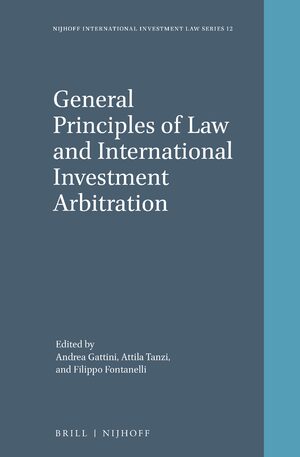 In: General Principles of Law and International Investment Arbitration