Pakistan is a society in transition in more ways than one: politically it is still trying to find its place in the democratic nations of the world; economically it is taking steps to move closer to a market-based economy; and socially it is nurturing a more liberal and just society by reining in the religious extremists. In the aftermath of 9/11 stress has been on educational reform in a number of areas including - updating curriculum, improving access to schooling and developing teacher education. Teacher as the agent of reform is slowly gaining currency in Pakistan. The Institute for Educational Development (IED), which started working under the aegis of the Aga Khan University in 1993, is well placed to be in the vanguard of this educational change and reconstruction. IED offers a two-year Masters programme in Teacher Education and shorter in-service programmes which include, among many others, an eight-week Certificate in Education programme in curricular subjects such as science and mathematics. This book chapter discusses how this in-service programme serves to reconstruct teachers' ideas about science from "a collection of facts" to an inquiry-based subject. The conception of science as evolving, tentative and not as "truth" for all time, has implications for the society at large which generally considers knowledge to be fixed and "true". The in-service programme is also very innovative in the ways in which it endeavors to bridge the theory-practice gap. Some research studies conducted on the efficacy of this reform initiative will also be discussed.

In: Education Reform in Societies in Transition 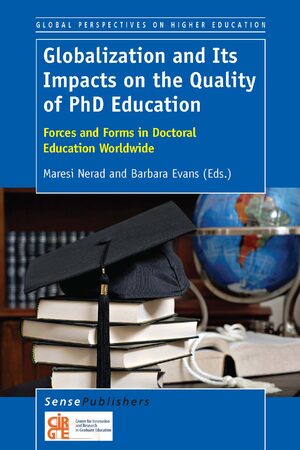 In: Globalization and Its Impacts on the Quality of PhD Education