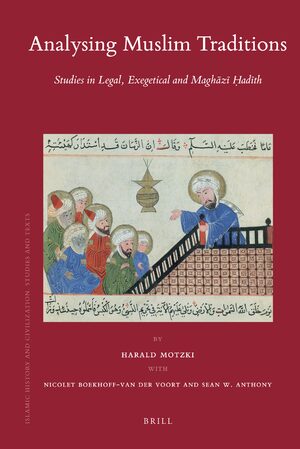 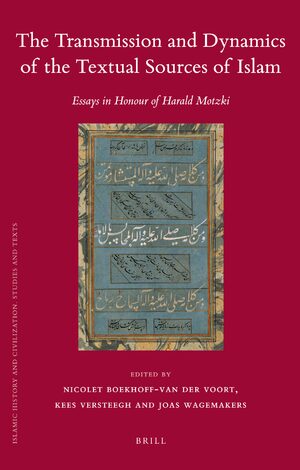 In: The Transmission and Dynamics of the Textual Sources of Islam

Analysing Muslim Traditions
Studies in Legal, Exegetical and Maghāzī Ḥadīth
Series: Islamic History and Civilization, Volume: 78
Authors: Harald Motzki, Nicolet Boekhoff-van der Voort and Sean W. Anthony
Since its inception, the study of Ḥadīth conducted by scholars trained in the Western academic tradition has been marked by sharp methodological debates. A focal issue is the origin and development of traditions on the advent of Islam. Scholars' verdicts on these traditions have ranged from “late fabrications without any historical value for the time concerning which the narrations purport to give information” to “early, accurately transmitted texts that allow one to reconstruct Islamic origins”. Starting from previous contributions to the debate, the studies collected in this volume show that, by careful analysis of their texts and chains of transmission, the history of Muslim traditions can be reconstructed with a high degree of probability and their historicity assessed afresh.
E-Book

The Transmission and Dynamics of the Textual Sources of Islam
Essays in Honour of Harald Motzki
Series: Islamic History and Civilization, Volume: 89
Editors: Nicolet Boekhoff-van der Voort, Kees Versteegh and Joas Wagemakers
For many Muslims, the textual sources of Islam provide the guiding principles on which they base their beliefs. These texts have also been studied by Western scholars of Islam for centuries. Most of their work has focussed on the historicity of the texts, often at the expense of the study of Muslims' highly diverse interpretation and application of these sources in everyday life. This volume provides new insights into the transmission of these sources (primarily the Qurʾān and the Ḥadīth) and combines this with the dynamics of these scriptures by paying close attention to how believers in the Muslim world as well as the West interpret and apply them. As such, this volume provides a fascinating overview of how the sources of Islam are dated, debated and negotiated.