Pyrrhonists provide a way of investigating the world in which conflicting views about a given topic are critically compared, assessed, and juxtaposed. Since Pyrrhonists are ultimately unable to decide between these views, they end up suspending judgment about the issues under examination. In this paper, I consider the question of whether Pyrrhonists can be realists or anti-realists about science, focusing, in particular, on contemporary philosophical discussions about it. Although prima facie the answer seems to be negative, I argue that if realism and anti-realism are understood as philosophical stances rather than particular doctrines—that is, if they are conceptualized in terms of a mode of engagement, a style of reasoning, and some propositional attitudes—the apparent tension between Pyrrhonism, realism, and anti-realism vanishes. The result is a first step in the direction of bringing Pyrrhonism to bear on contemporary debates in the philosophy of science.

Is The Pyrrhonists An Internalist?
Author: Otávio Bueno 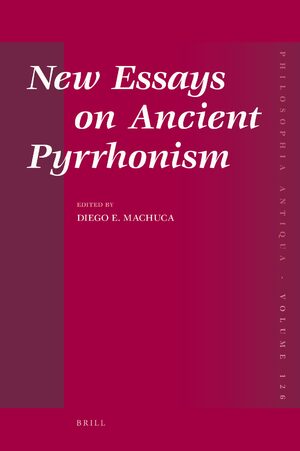 In: New Essays on Ancient Pyrrhonism