In: Studies in Transitivity

In: The Syntax of Native American Languages

The Arawak language Garifuna, spoken in Belize, Honduras, Guatemala, and Nicaragua, has a large number of different negative sentence patterns. Negative and hortative verb stems beginning with m- are used in a variety of constructions. The verb úwa appears in negative existentials, locationals, and ‘have’ sentences, and is also used in periphrastic negation of verbs that exceptionally have no negative stem. The negative particle máma is used to negate predicate nominal constructions and sentences using the incompletive auxiliary yan. Máma and a related particle má are also used in negative questions and exclamations. While Garifuna has a few negative constructions that are “symmetric” with their non-negative counterparts (in the sense of Miestamo 2005), the majority of negative / non-negative sentence pairs are asymmetric, using different agreement patterns or contrasting in other ways, most often because a negative verb with the m- prefix cannot also have a subject prefix. 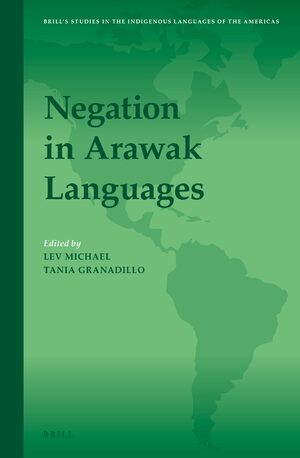 In: Negation in Arawak Languages