Book review: The Museum on the Roof of the World: Art, Politics and the Representation of Tibet , written by Clare E. Harris
Author: Per Kværne

The canon of the Tibetan Bonpos
Author: Per Kvaerne

The canon of the Tibetan Bonpos
Author: Per Kværne

Chapter 1 A Case of Prophecy in Post-imperial Tibet
Author: Per Kværne

Based on a discussion of the concept of “prophet” in various cultures and historical periods, the term is applied to the situation in 8th-century CE Tibet, as retrospectively presented in the 12th or 13th century anonymous text Grags pa gling grags. This text is essentially a historical narrative describing the ascendancy of Buddhism under the Tibetan emperor Trisong Detsen (742–c. 800 CE) from the viewpoint of the Bön religion. According to this text, the emperor’s decision to favor Buddhism rather than the earlier religion of Bön was destined to have disastrous consequences for Tibet in the form of natural calamities, the disintegration of the Tibetan empire, social upheaval, and moral collapse. This process is described in great detail in the form of a prophecy uttered by the leader of the Bön priesthood, ending in his foretelling that in the future his emanation will return to Tibet and propagate teachings that are “neither Bön nor Buddhism” to specially chosen individuals. The chapter ends by attempting to understand this concept in the light of similar ideas in other cultures. 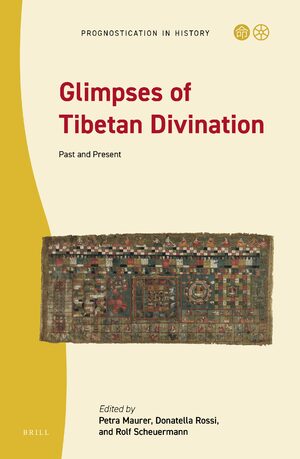 In: Glimpses of Tibetan Divination