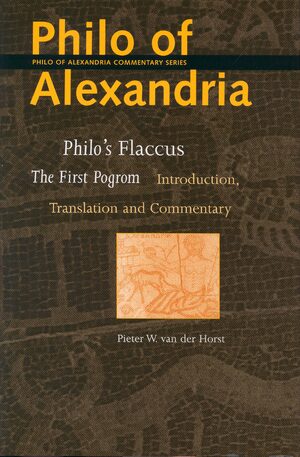 Philo's Flaccus
The First Pogrom
Series: Philo of Alexandria Commentary Series, Volume: 2
Author: Pieter W. van der Horst
This book is the first English commentary on Philo’s In Flaccum since the publication of Box in 1939. The work contains an introduction in which matters of genre, historical background, the textual evidence etc. are discussed. This is followed by a new English translation of the Greek text. The main part of the book is a detailed philological and historical commentary on Philo’s text. Since In Flaccum is our only source for the anti-Jewish pogrom in Alexandria in the year 38 CE, it is of the utmost significance for the study of the origins and early history of antisemitism. The book is of interests for scholars of Judaism, Ancient History, Biblical Studies, Classical Literature, and History of Religions.
Hardback 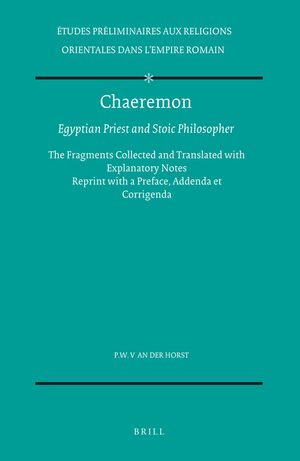 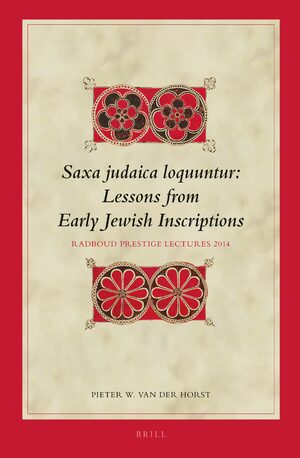 Saxa judaica loquuntur, Lessons from Early Jewish Inscriptions
Radboud Prestige Lectures 2014
Series: Biblical Interpretation Series, Volume: 134
Author: Pieter W. van der Horst
In Saxa judaica loquuntur (‘Jewish stones speak out’), Pieter W. van der Horst informs the reader about the recent boom in the study of ancient Jewish epigraphy and he demonstrates what kinds of new information this development yields. After sketching the status quaestionis, this book exemplifies the relevance of early Jewish inscriptions by means of a study of Judaism in Asia Minor on the basis of epigraphic material. It also highlights several areas of research for which this material provides us with insights that the Jewish literary sources do not grant us. Furthermore, the book contains a selection of some 50 inscriptions, in both their original languages and English translation with explanatory notes.
E-Book 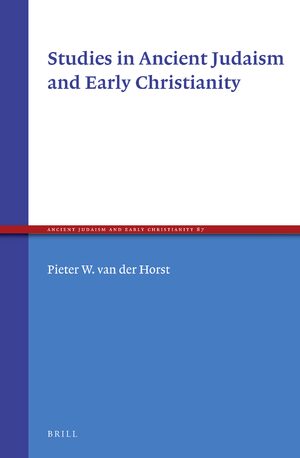 Studies in Ancient Judaism and Early Christianity
Series: Ancient Judaism and Early Christianity, Volume: 87
Author: Pieter W. van der Horst
Over the past 45 years Professor Pieter W. van der Horst contributed extensively to the study of ancient Judaism and early Christianity. The 24 papers in this volume, written since his early retirement in 2006, cover a wide range of topics, all of them concerning the religious world of Judaism and Christianity in the Hellenistic, Roman, and early Byzantine era. They reflect his research interests in Jewish epigraphy, Jewish interpretation of the Bible, Jewish prayer culture, the diaspora in Asia Minor, exegetical problems in the writings of Philo and Josephus, Samaritan history, texts from ancient Christianity which have received little attention (the poems of Cyrus of Panopolis, the Doctrina Jacobi nuper baptizati, the Letter of Mara bar Sarapion), and miscellanea such as the pagan myth of Jewish cannibalism, the meaning of the Greek expression ‘without God,’ the religious significance of sneezing in pagan antiquity, and the variety of stories about pious long-sleepers in the ancient world (pagan, Jewish, Christian).
E-Book