The paper examines Sextus Empiricus’ Against the Musicians (M 6), one of the least studied portions of Sextus’ surviving work, against the background of the more general question why he has so little to say on questions that for us would fall under aesthetics. The structure and goals of the book are considered, along with some puzzles about the consistency of his aims. Each of the two main parts is then analyzed separately, including a comparison between the first part and Philodemus’ On Music. Sextus’ apparent lack of interest in aesthetics is explained primarily by his quite general tendency to focus on foundational questions, of which the second part of M 6 is a notable instance; another, connected factor is the common ancient habit (illustrated in the first part of M 6) of treating aesthetic questions in conjunction with ethical or political ones.

On Pyrrhonism, Stances, and Believing What You Want
Author: Richard Bett

The paper considers the relations between the Pyrrhonism of Sextus Empiricus and epistemological voluntarism, as applied both to epistemic stances and to individual beliefs. In the first part, the main question is whether ancient skepticism is congenial to the idea of alternative epistemic stances (and hence, potentially, to voluntarism about them). The answer proposed is that skepticism does not in fact recognize this possibility. However, this is not due to any essential features of skepticism itself; rather, it is because, like ancient Greek philosophy in general, the stance skepticism in fact unquestioningly assumes is that of realism. In the second part, the focus is more directly on voluntarism and its compatibility with skepticism. The difficulty with bringing these two together, it is argued, is that, while voluntarism gives one license to hold either of two opposing beliefs, skepticism is in the business of subverting beliefs; in this respect their orientations are in opposite directions. A closing suggestion is that if there is any place where ancient skepticism and voluntarism might meet, it is not in the Pyrrhonist tradition, but in the mitigated skepticism of the late Academy, which allowed the holding of (albeit tentative) beliefs.

What did Pyrrho think about “The Nature of the Divine and the Good”?
Author: Richard Bett

Immortality and the Nature of the Soul in the Phaedrus
Author: Richard Bett 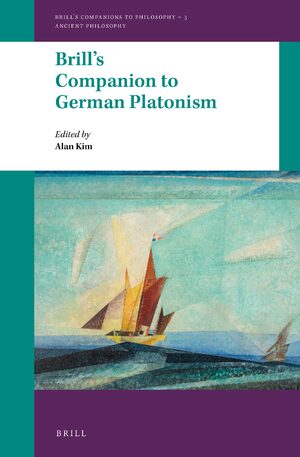 In: Brill's Companion to German Platonism

In: The SHAFR Guide Online
Page:12