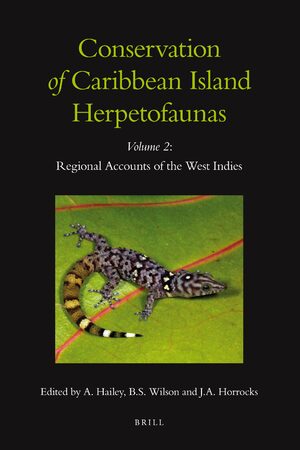 Conservation of the herpetofauna of the Dominican Republic
Authors: Robert Powell and Sixto Incháustegui

What in the Name of God Is Strategic Superiority?
Authors: Blechman, Barry M. and Robert Powell

In: The SHAFR Guide Online
A note on the diet of Amphisbaena gonavensis in the Dominican Republic
Authors: Michael A. Cusumano and Robert Powell

Conservation Of The Herpetofauna Of The Dominican Republic
Authors: Robert Powell and Sixto J. Incháustegui

Ecologically versatile Anolis schwartzi from St. Eustatius (Lesser Antilles) occurs in various habitats, usually in shaded situations and often in higher densities when associated with rock piles, rock slides, and stone walls. In order to evaluate the mating systems of A. schwartzi in different habitats, we examined populations in rocky and adjacent forested plots in Boven National Park to test the following predictions: (1) Population densities would be higher in habitats with rocks or rock slides than in nearby areas of forest without rocks. (2) Males would be larger in favoured habitats with higher population densities. (3) Behaviours related to territoriality and aggression would be more prevalent in habitats with higher population densities. In fact, population densities were higher in rock plots, males and females were larger in rock plots, and males engaged in territorial/aggressive behaviours (push-ups, movements, presumably necessary for surveying territories, and chases) more frequently in rock plots. Large male A. schwartzi in rock plots with high population densities apparently exclude small males (social exclusion hypothesis). Average female:male densities in forest plots approached 1:1, which is suggestive of monogamy, whereas that in rock plots was 0.72. Consequently, the mating systems of A. schwartzi appear to vary in a predictable manner along the spectrum of monogamy to polygyny between proximate habitats between which no genetic isolation is possible.