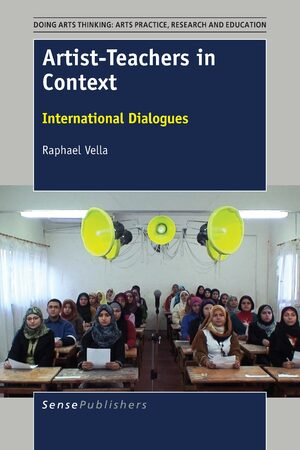 In: Artist-Teachers in Context

The soybean cyst nematode (SCN), Heterodera glycines, found in most soybean growing regions in the world, is considered the most economically damaging pathogen of soybean worldwide. A survey conducted in the northern provinces of Mazandaran and Golestan, the main soybean-producing areas in Iran, revealed SCN was widespread in different localities of these regions. Of the 55 and 88 soil samples collected from soybean fields in Mazandaran and Golestan provinces, respectively, ten (18.8%) and 23 (26%) samples were infested with H. glycines; the population densities of second-stage juveniles (J2) and eggs ranged from 500 to 60 000 and 500 to ≥100 000 per 250 cm3 soil, respectively. These population densities of H. glycines are indicative of reductions in soybean yield. HG Type tests were conducted on 16 field populations. HG Type 0 (race 3) was the most common with 94% frequency, whereas HG Type 7 (race 6) was found in 6% of tested populations. Most populations of H. glycines parasitised PI88788 and PI548316. Eight of the most commonly used soybean cultivars were tested against H. glycines HG Type 0; seven of them, Sepideh, Sahar (Pershing), Gorgan 3, Williams 82, JK (Sari), BP (Telar) and Hill, had high female indices and were considered susceptible to HG Type 0. Only the cultivar DPX showed low female indices and was resistant to race 3. The initial observations showed that the first life cycle of SCN required 30-34 days in early-planted fields (late May and early June), whereas in late-planted fields (early July), white females were visible 20 days after planting. Several generations could be expected in a single growing season under field conditions in northern Iran.