Hobbes presents the fifth Law of Nature, Mutual Accommodation, in Leviathan, Chapter XV. Although a great deal of scholarly attention has been devoted to the first four Laws of Nature, hardly any mention of the fifth appears in the literature. This paper explains the fifth Law as a central piece of Hobbes's theory and thereby reveals his progressive inclinations. Drawing upon relevant passages in Leviathan I show how Hobbes's view of property allocation and reallocation derives from this Law and how attention to mutual accommodation directs sovereigns to constrain their grasping inclinations and curb their disposition to overextend legislative authority.

Taking Hobbes at His Word: Comments on Morality in the Philosophy of Thomas Hobbes by S.A. Lloyd
Author: Rosamond Rhodes

In the history of moral and political philosophy, Hobbes has a bad reputation. Among other things, he has been a favorite whipping boy of moral theorists who wanted to criticize egoism. He has been so disparaged that philosophers who actually draw on his insights avoid acknowledgment of their debt and advise their similarly inspired friends to follow a similarly guarded course, all presumably to protect their own reputations. In what follows, I want to raise the question of whether Hobbes's critics have been engaged in combat with a straw man.1 Is Hobbes's moral theory a classic example of egoism? This is not a new question, but, in my opinion, the answers that have been generated to date are not satisfactory. The issue turns on his account of obligation, and the question is whether Hobbesian obligation is merely a detailed and interesting version of calculating prudent self-interest or whether it involves something that ranks as a moral foundation.2 What is at stake is the status of his Laws of Nature. Are they just a list of calculated best bets, guidelines for action, advice that can be ignored if it should ever turn out to be convenient or more prudent to do something else instead? Or, are the Laws of Nature moral commandments that may not be breached regardless of the personal advantage that could be had through a violation? 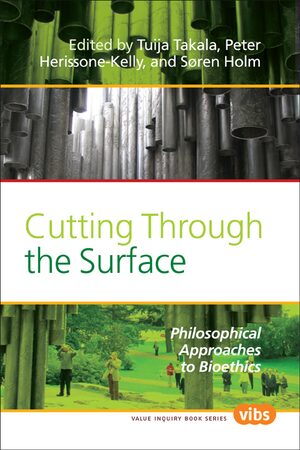 In: Cutting Through the Surface