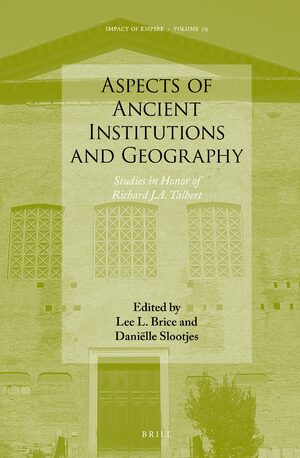 In: Aspects of Ancient Institutions and Geography

This chapter situates networks of Roman tradespeople along the Via Egnatia alongside studies of the enslaved and freedpersons that worked within Roman Philippi. Such combined analyses can allow us to better trace the ways in which Philippi – and many other Roman cities – relied upon both free and servile traders, financial planners, and state-owned laborers in order to manage the day-to-day economic administration of the city. The contribution of civic enslaved persons owned by a city to local and regional economies in the eastern Mediterranean is often overlooked in the study of labor both at Philippi and elsewhere in the Roman world. The epigraphic evidence for tradespeople, enslaved persons, and liberti (freedpersons) active within Philippi, considered collectively, indicates that the presence of these individuals was an integral but quotidian part of the economic and physical environment of Philippi.